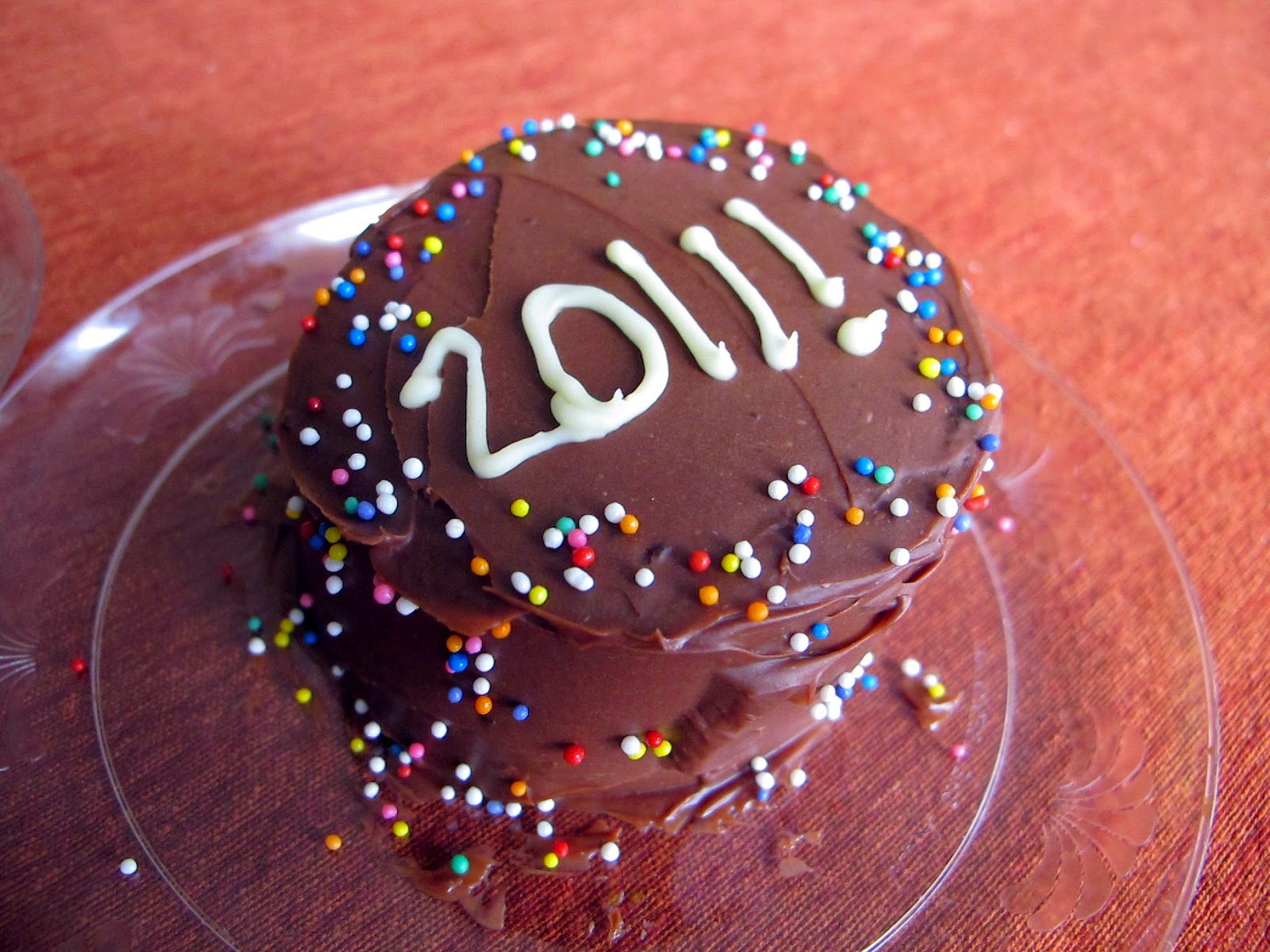 Happy New Year!
I generally like to say a new year for me, personally, begins with my birthday, but it was great to celebrate the start of 2011 with good friends. It meant more to me this time since I'm moving out of Atlanta in a week! 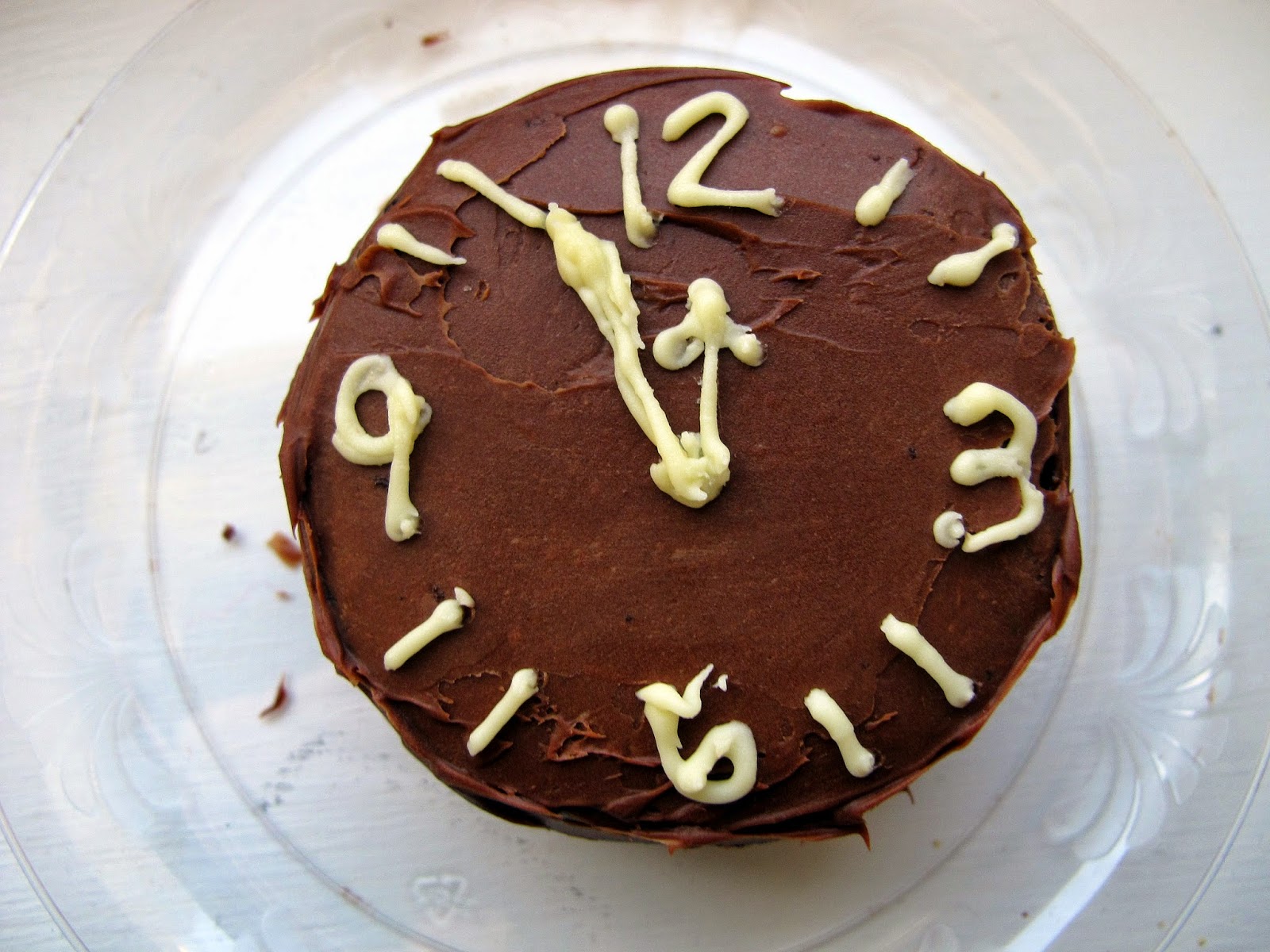 I realized I had never had my own NYE party... not one where I was the drinking age and could go out... Last night was definitely one long crazy night that I will never forget.. I  laughed harder than I have in a long time, and it was just great to be around a group of people I'm so very fond of.

We even had great ideas for meals. My friend HLi decided to make pizzas from scratch for dinner, so we all came up with various ideas. Since I had worked on dessert, I let the boys do all the cooking. They did such a great job (as if I had any doubt). Joe made the yummiest steak pizza, and even a stuffed crust pizza that turned into a calzone... We made so many that I got full pretty quickly.
*I'm more excited now since I just checked the fridge and discovered more pizza dough in the back, with all the precut veggies/meats in ziploc bags... homemade pizza for the rest of the week! YES. 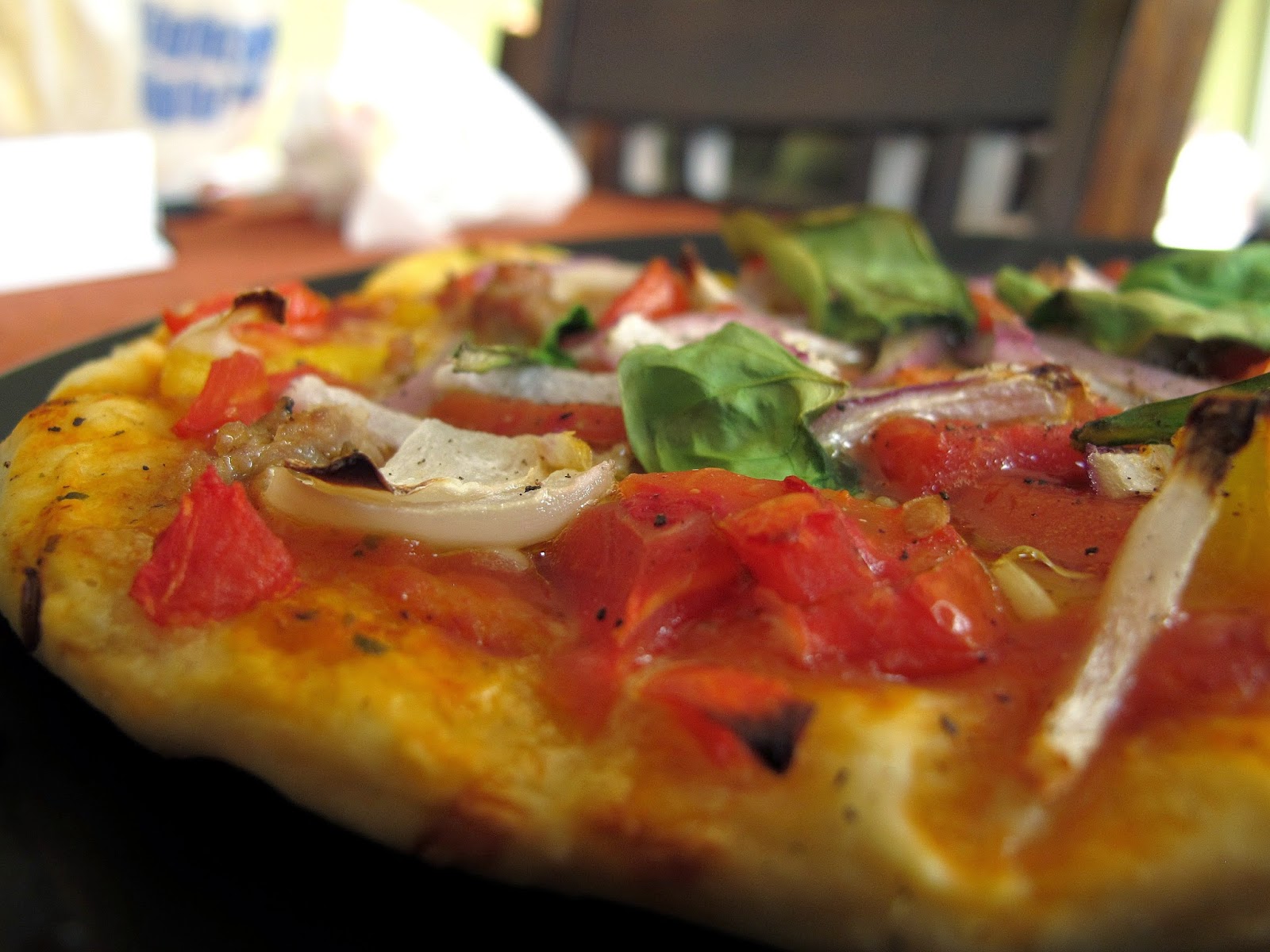 As for dessert, I really wanted to make something unique and delicious since it was the last get-together with my friends, and also the start of a new year!
For Joe's birthday this year, I had wanted to try something challenging since he's had everything I've made, and he already knows I can bake. I thought the amount of effort would show my love, so I went with a 16-layer cake idea....

Oh boy. This definitely took me a while. I decided (with the help of a family friend who is extremely wise on all things dessert) to go with a chocolate cake, and put in alternating layers of mousse. She warned me to use cake mix instead of a cake from scratch, which I wasn't happy about at first. But I needed a cake that stayed moist through the whole process and apparently cake mixes have stabilizers that hold up much better than ones from scratch. One thing I know, if you must use a cake mix, the best one is this one

For the filling, I made white, dark, milk, and mocha mousse layers. I was going for a gradient but I clearly need to work on my leveling skills...
I also decided to pour a half teaspoon of Chambord (raspberry liqueur) over each cake slice. Funnily enough, I think that's why I ended up not liking the cake so much, and why everyone else did... For my ideal cake, I like something crunchy in it, like chocolate chips of some sort.. and definitely no fruit mixed with chocolate (I'm still easing into that)!

I used my favorite chocolate frosting for the outside. It's so classic, silky and smooth just as a frosting should be. I will never make any other chocolate frostings ever again. This is the one! It just makes everything taste better. 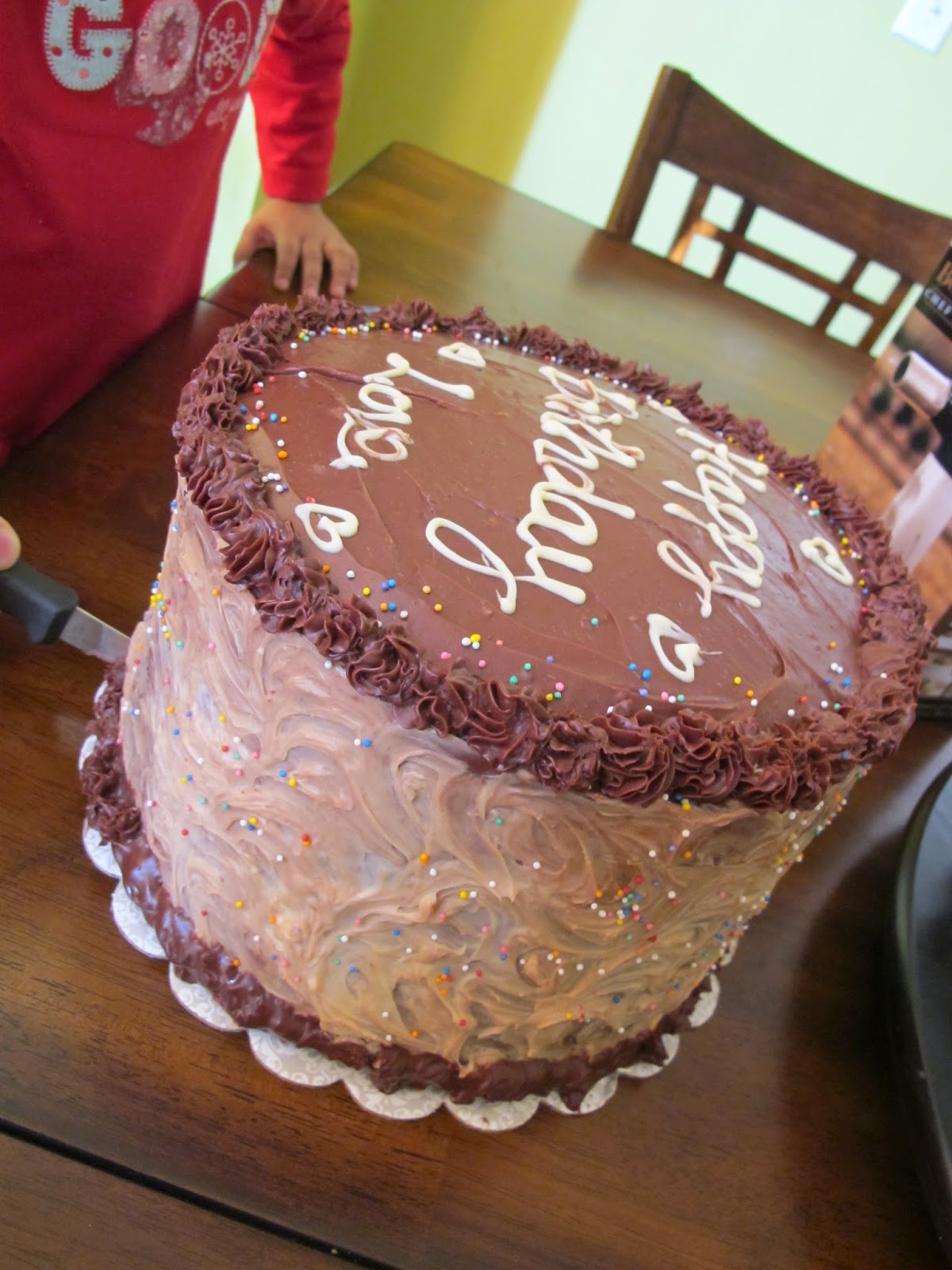 Either way, the cake is deliciously serious. He was turning 24 on the 24th so I had considered a 24 layer cake, but I was more just terrified it was going to fall over, so I just went as high as I felt comfortable, and that happened to be about 16! 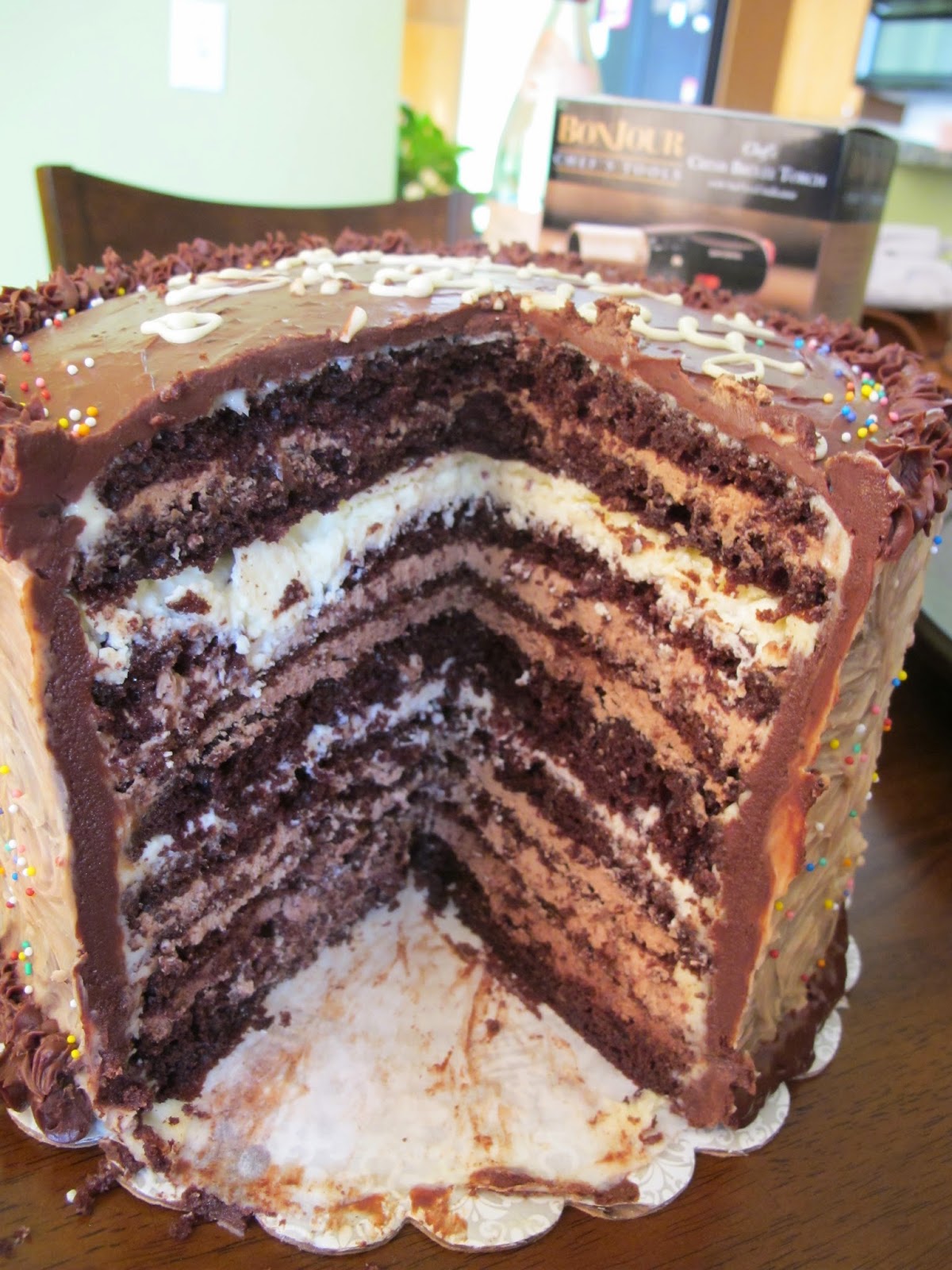 Joe's extended family was visiting, but the fact that a 9-inch 16 layer cake disappeared within 24 hours of being served is still pretty impressive. He said some of them ate it before and after meals!

So I thought I'd recreate it for my friends... I had the idea to make smaller cakes for them, and not that many layers, but just enough for each mousse to be a filling. I wanted it bigger than a cupcake so I baked them in my cute ramekins

. I used melted white chocolate to draw clocks and various nonsense on them.
They were great for post-gaming after a ridiculous night!

Although the little ones still took me about a day to work on, I had some free time the night before and decided to try some jelly shots. According to my brief research, jello shots are for kids, and jellY shots are the classier version... 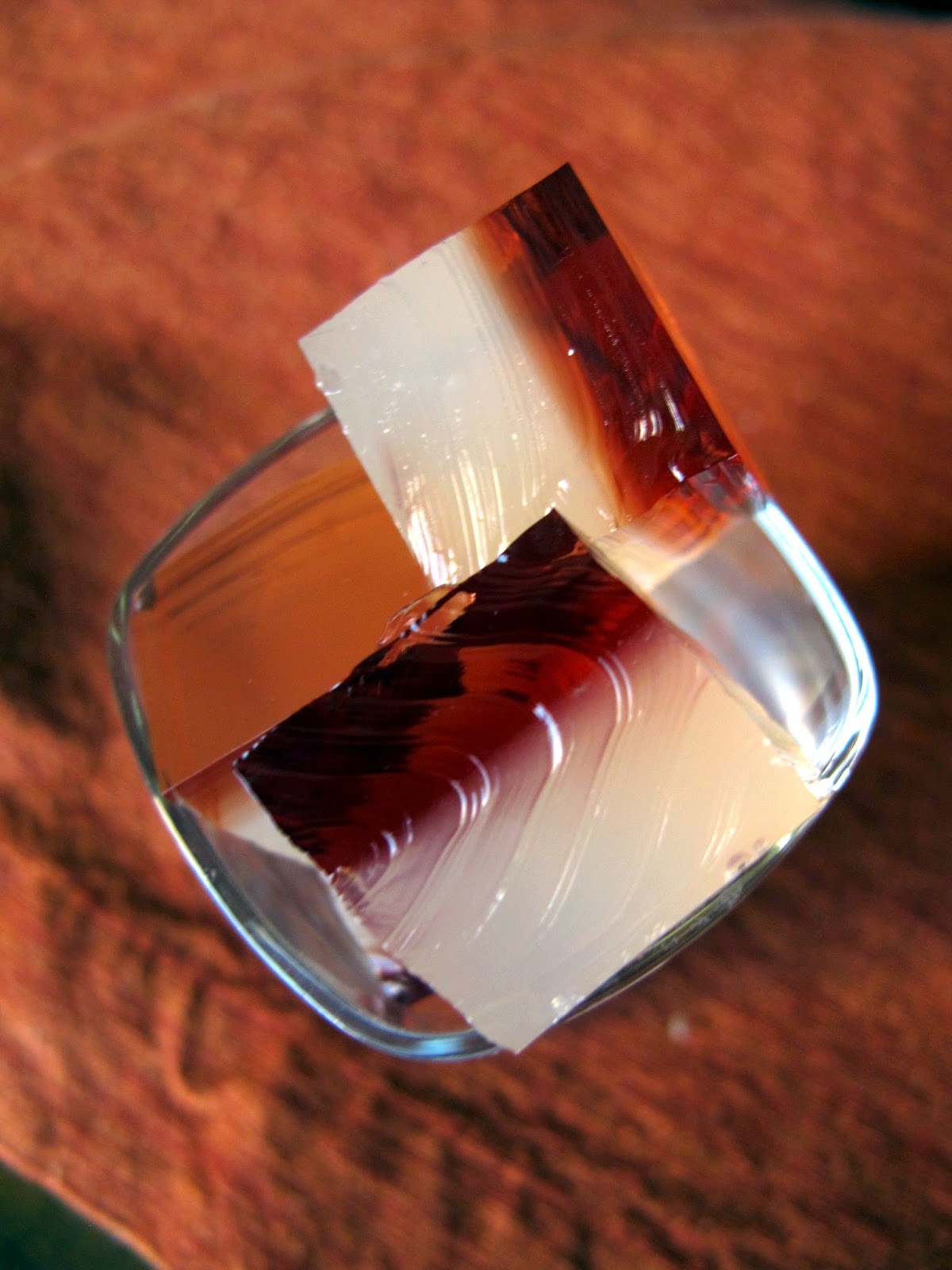 I only had Chambord on hand so I made raspberry lemonade shots.
They were delicious! They definitely didn't have a shot in them, or maybe I cut them too small. But they were yummy and fun to eat. And fun to photograph... and fun to poke at. I love anything in jello form. This may be the start of something new on the blog, something... gelatinous...


The ten of us ended up sleeping in my room, and although it was a tight fit, it was fun. We woke up in the morning and HLi made us pancakes! Complete with whipped topping! And some scrambled eggs, which I didn't get to photograph because I pretty much inhaled them. I love eggs.

Although I've been slightly tired all day and lazy, especially with the rainy weather, I'm looking forward to the new year and to new beginnings. And I'll never forget the last night of 2010!
So, what did YOU do for New Year's? :)