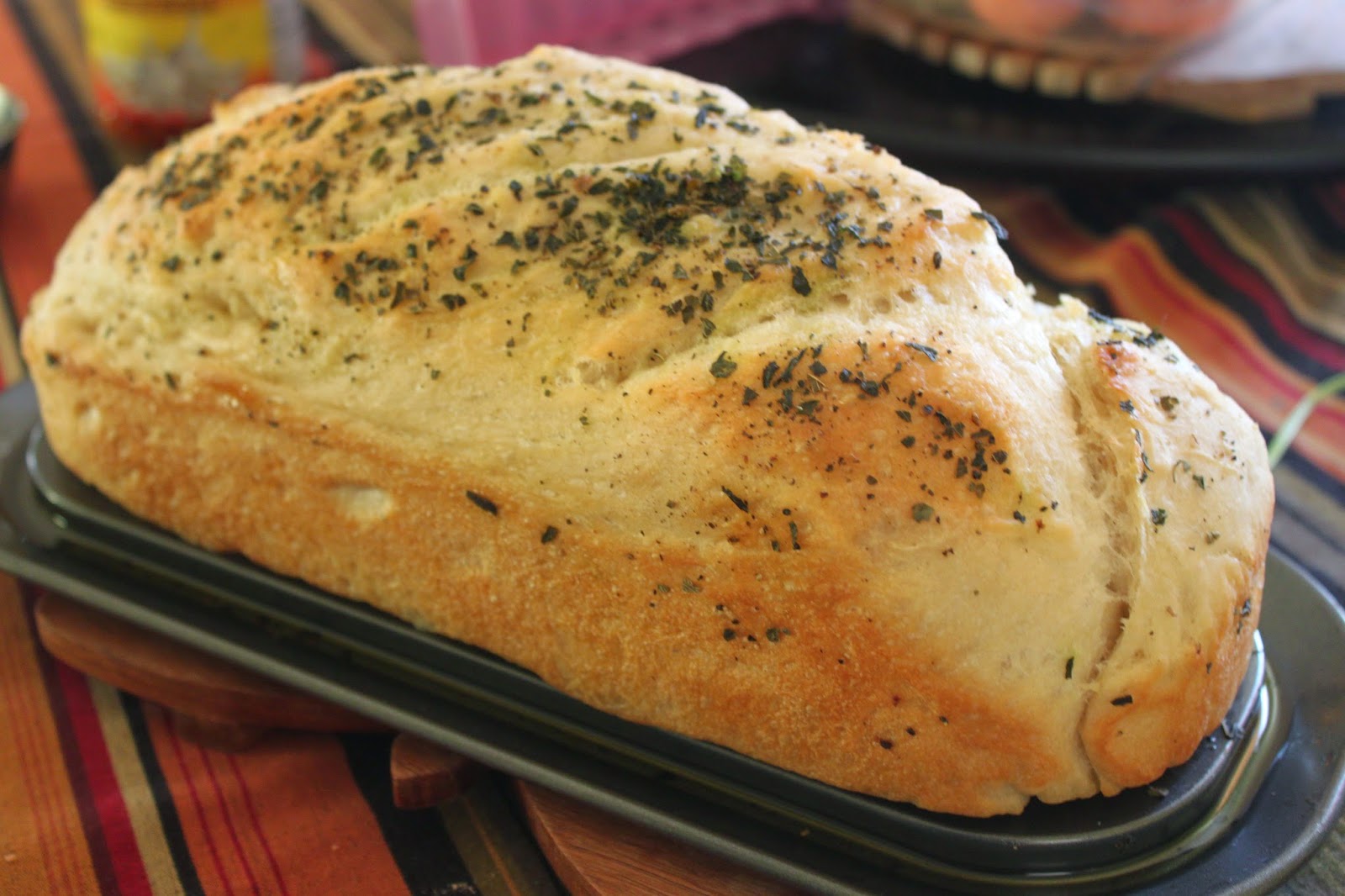 Since I've gotten to STL, I've been so busy. Classes started, and I've been spending most of my free time either furniture shopping, job searching, or cooking meals. Yes, I've actually been cooking meals! I tried my hand at a truffle Alfredo pasta which turned out quite delectable, although truthfully, I think anything with truffle oil or salt tastes infinitely better.


I haven't had as much time to bake, and when I have, the weather has been so crappy. My baking depends on the weather, since I love natural lighting for my photos. It's been snowy and cloudy most days, so whatever I've made has been going under the blog radar. Also Joe and his roommate tend to inhale all my meals before I can get a shot of it anyway.

I never thought I'd make bread... in fact, I don't even really like bread. I never really eat the stuff when it's put at tables in restaurants, and I've always preferred one slice of toast over two. But when Joe and I went grocery shopping a couple days ago and he wanted to buy Italian bread because he loves dipping it in an olive oil/salt/pepper concoction, I scoffed and declared that I could make a far better bread at home.

So then, I had to back it up, of course. 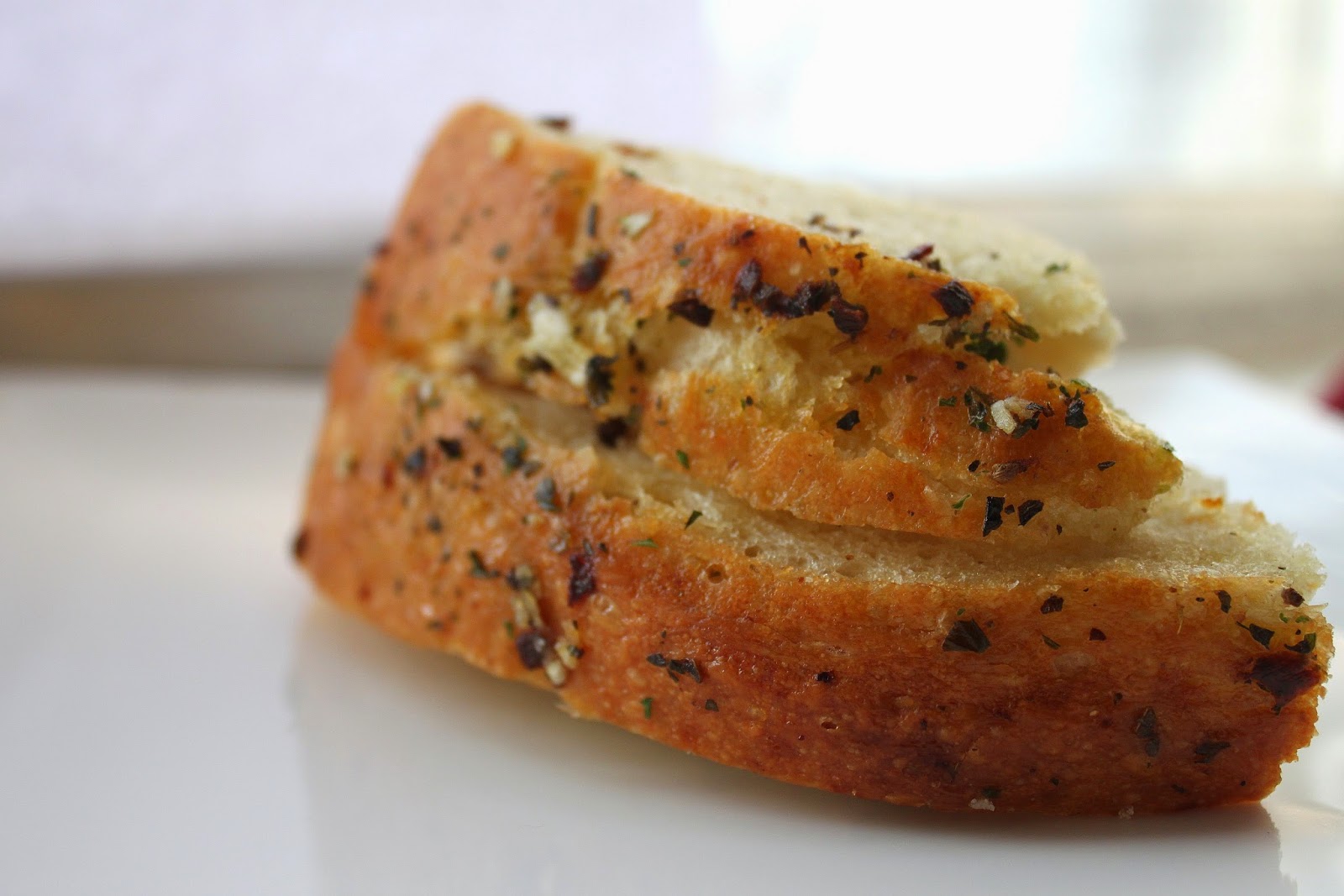 I actually rather enjoy making bread since so many recipes involve just letting it sit in a corner and rise for several hours. That worked for me this weekend since I was so busy with other things! I researched several recipes and finally went with one that didn't involve overnight rising, since we wanted to eat it the same day.

The recipe yields two ENORMOUS loaves. My first loaf came out so much bigger than the person who posted the recipe... I was a little disconcerted. I do love the recipe though, and I like it even more now that I think I can manage to make 3 decently sized loaves out of it!

I put a coating of olive oil mixed with Italian herbs before and after baking on the first loaf. I think next time I might try stuffing the bread with cheese. For the second loaf, Joe had a jar of olives so we decided to slice them up and roll them into the bread. I tried to put more in there but he thought it was more than enough. After the bread was baked he was severely regretting not stuffing it with more olives! 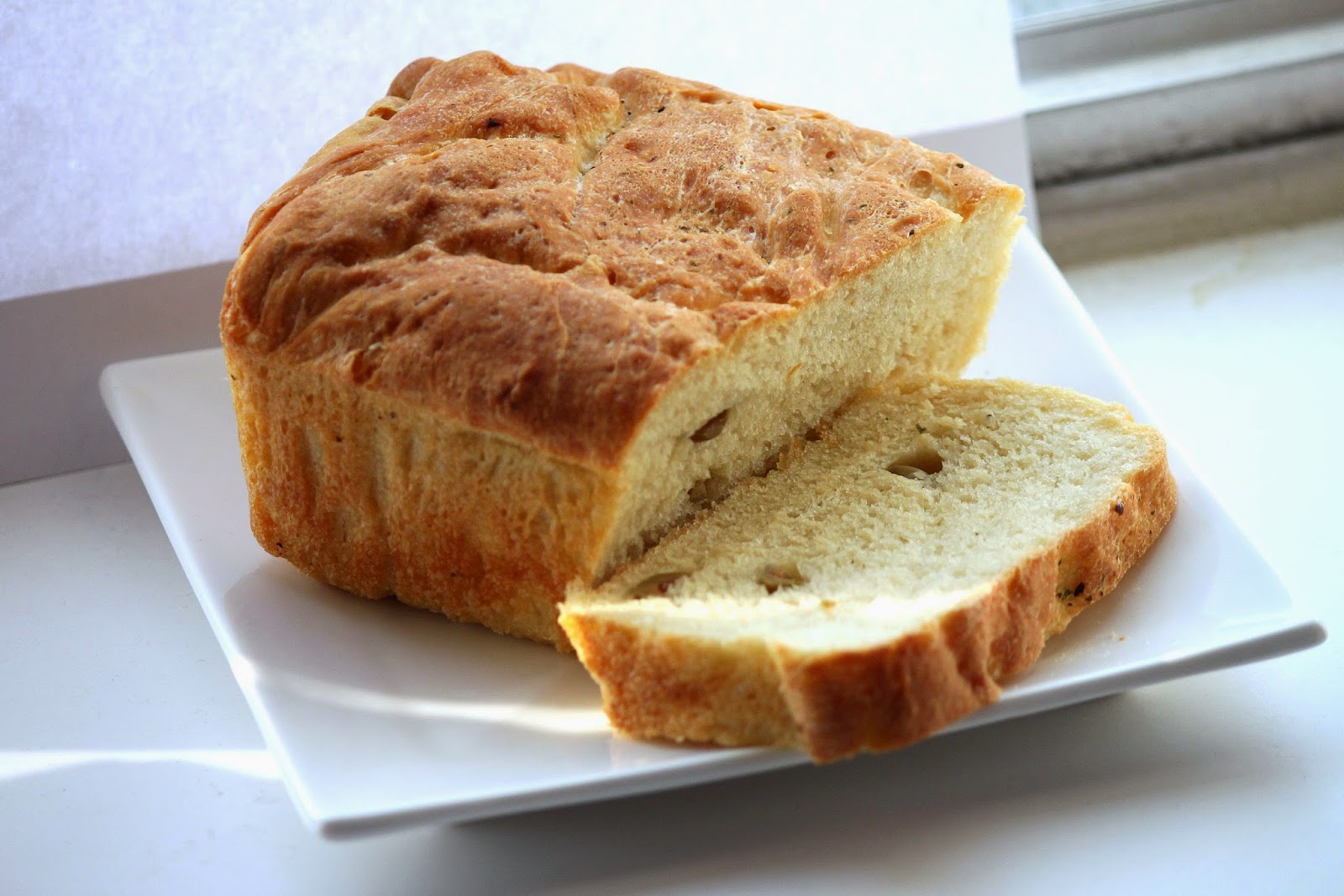 I hate olives and picked them out, but I have to admit I liked the flavor it sent throughout the bread. We also dipped it in truffle salt mixed with olive oil and more Italian seasonings and it was deee-lish. I'm getting addicted to truffle salt, which is quite an expensive addiction to have...


Pour the warm water into a mixing bowl and then put the yeast and salt in it and stir till it's mixed. Add all the flour and start mixing. You can use an electric beater but mine was being a Debbie Downer so i had to use my hands, and I think I much prefer that now.


Once it has become one giant dough, put it on a surface covered in light flour and knead for a while. The dough is supposed to be soft and very slightly sticky so don't add too much extra flour to it.


Then take a clean bowl and spray it with oil. Put the dough in the bowl (turn it over so it all gets coated) and cover it with plastic wrap (that you also can spray with oil). Put a paper towel on top of the wrap and let it sit for an hour while it rises.


After an hour, come back to it, take the dough out, knead it some more, split it into 3 parts, spray the bowl again if you need to and place them back in the bowl. Cover in the same way and let it rise another hour.


Then take out the loaves, separate them and shape them the way you want, and put them on parchment paper (or a baking stone, if you're fancy).
Set your oven to 500 degrees F.


Brush on the olive oil mixture (or pour it on). You can do as much as you want (as in, save some for the other loaves or just make more). Then take a knife and carefully cut three slashes over the top of the bread.


Then put the bread in the oven. Have some warm water ready and spray it into the oven right before putting it in. Immediately after the bread goes in, lower the oven temp to 375d F and bake for 25-30 minutes, or until it looks golden brown.


When the loaves are done you can brush them again with the mixture. Slice and serve!


The bf created a dipping sauce for the bread that was basically olive oil, black pepper, and salt (or truffle salt), that went really great with it.


Note: A good way to knead is to stretch out the dough, and then fold over each side, kinda like putting a diaper on a baby... but not.

If you like bread at all, you need to try this recipe. It's ridiculously easy and you can make it within a day! Plus, kneading is fun.

The bread came out soft and fluffy on the inside with a crunchy very slightly chewy crust.
It's going to be a favorite in any household.
Enjoy! :)
Labels: savory