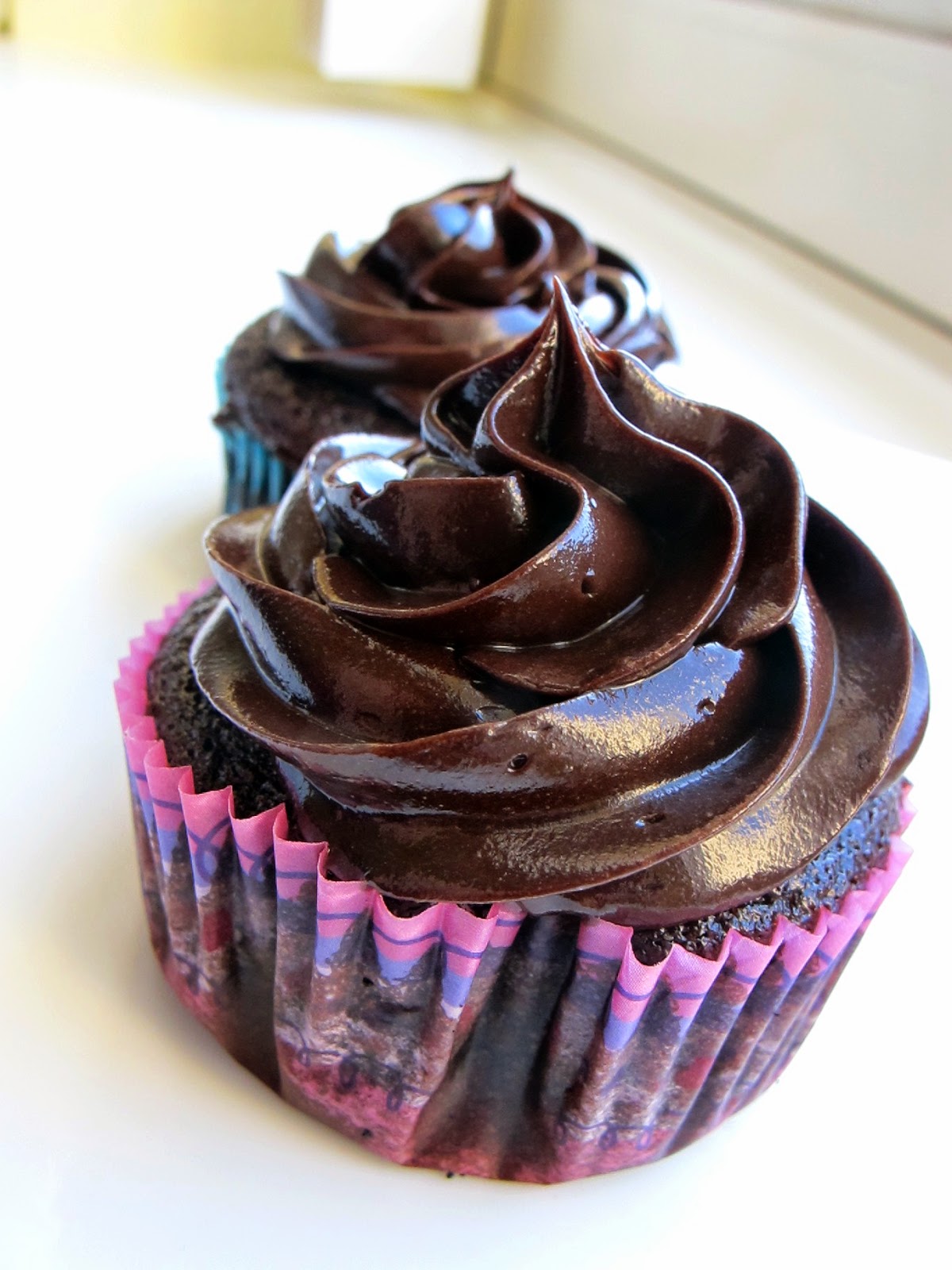 So I'd been seeing this recipe around everywhere, but it looked like a lot of trouble. Especially since no one in my family drinks coffee and it asks for hot coffee into the batter... It also asks for white vinegar?! But it's been hailed as the "ultimate" chocolate cake. The recipe comes from Cook's Illustrated and after someone told me they really just wanted a chocolate cupcake, I decided I'd try it out...


They did NOT disappoint. Apparently, the addition of coffee is meant to enhance the chocolate better, and boy, does it! The batter was so good, it's one of the rare times I wanted to lick the bowl clean. Actually, I've never wanted to do that... this was that good!

Also, before baking, you drop a dollop of chocolate ganache into each cup, and that tastes amazing when you bite into it later. The frosting of course, was also amazing... it melts in your mouth! This may be the only chocolate frosting I ever make again. I'm serious. 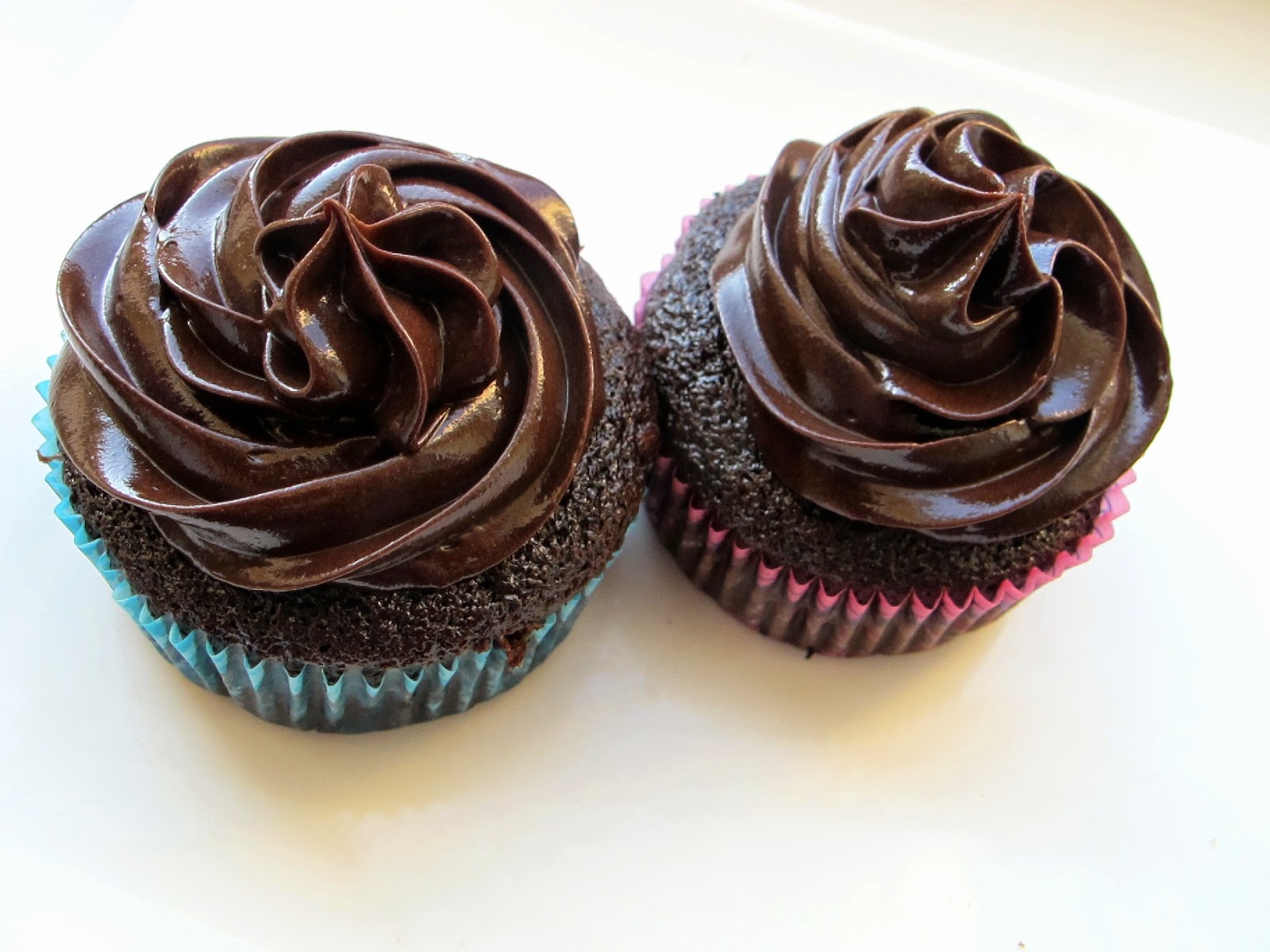 Since I already had milk chocolate peanut butter ganache in a jar from another baking event, I decided to drop that into the cupcakes instead of what the recipe asked. I also made the frosting with semi-sweet chocolate instead of bittersweet. The recipe generally asks for a bittersweet cake, bittersweet ganache, and bittersweet frosting, but I prefer varying degrees of chocolate flavor :)
I also can't find Dutch-processed cocoa so I just stuck with my usual favorite, Trader Joe's.


I was reading an article today by someone complaining that cupcakes are everywhere and that people need to stop making them. It's apparently something "you made for your 4th grade class". Hm. I disagree. The reason why I like cupcakes, is because they're individually portioned... though I don't like how some places put a disproportionate amount of frosting on top. I actually love mini cupcakes the most, they're the perfect size! But there's nothing wrong with cupcakes, and you definitely can't drop a dollop of ganache in the middle of one big cake (well you might but it sounds like a hassle) so hmph.

As for the ultimate chocolate cupcake... i think they're great for special occasions. And definitely for the choco-holic in your life :)
I made them again more recently for some family friends and they were a huge hit! This time I used the original chocolate ganache filling. 14 cupcakes gone in one night :)