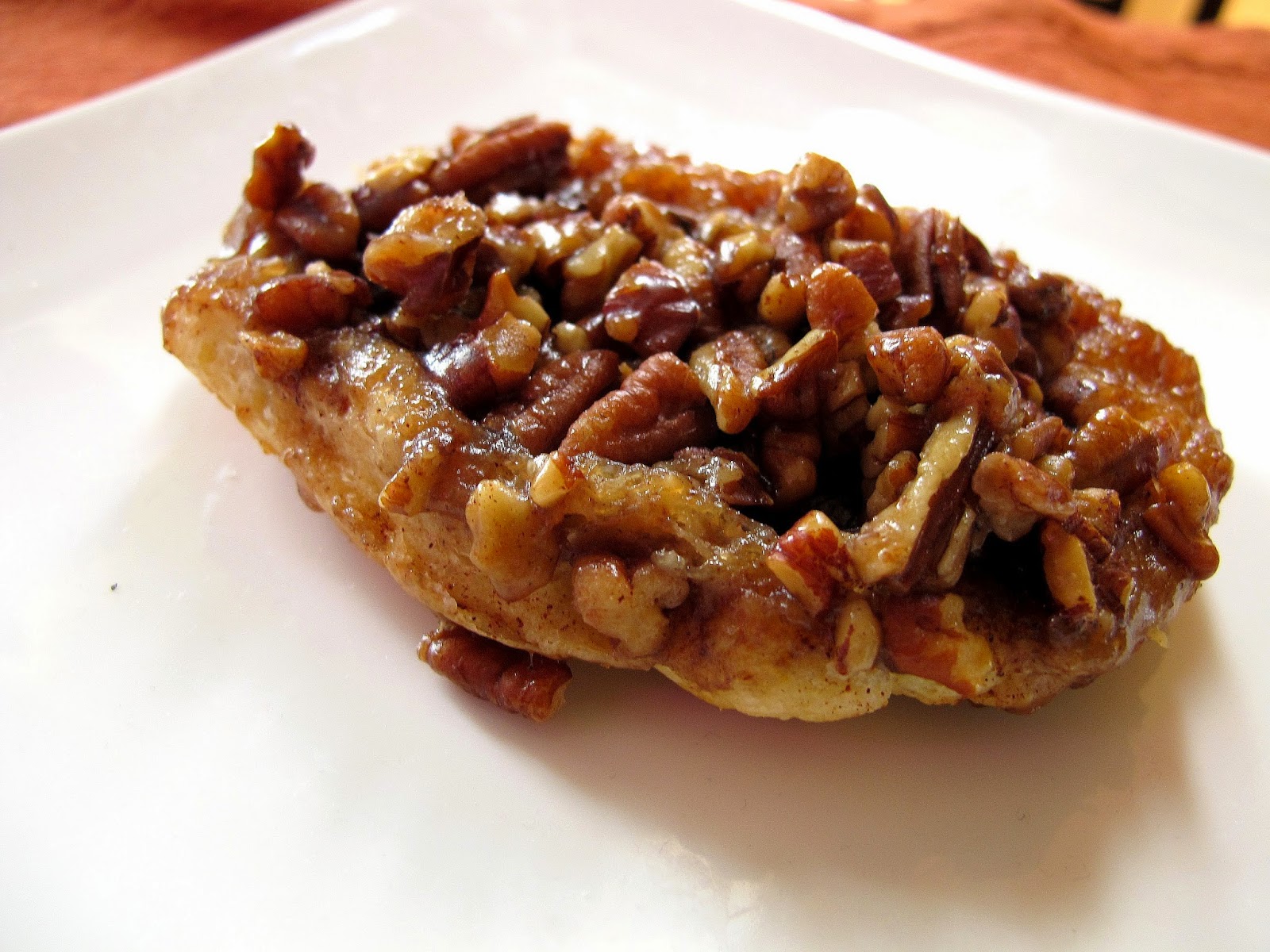 I have a funny story.
Joe (JBS) and I have been together nearly 2 years, but we've been friends for almost 6 years! I first (officially) met him junior year of high school. He was in my lunch group; 6 or 7 of us would always eat lunch together and instead of going to the cafeteria, we took over an old chemistry teacher's class. I don't know why she let us eat there... or why Joe and Mu once ate off the floor there... but it was fun. We even built a makeshift fort near the microwave. Good times.


Joe didn't always eat a healthy lunch though. He usually just grazed off the girls' lunches, and would pick something out of the vending machine, usually a honey bun. There was one time that he asked us for change, and we gave it to him. As he headed out towards the vending machine, us girls chatted about how we hoped he wouldn't go get a honey bun like usual and how we wished he would eat healthier. That cutie came back with baked potato chips. He said he overheard our conversation and felt bad, ahah.

Fast forward 6 years, and my favorite nickname for him is honey bun. So now you know!
In honor of my honey bun, I decided to make some honey buns. I wanted to make something that reminded me of him, but also that made me step out of my cupcake box!

I'm afraid of making bread... Will it rise, won't it... and the recipe was all 'put it in the fridge for 30 minutes, take it out and slap it.. repeat for 2 hours.. let it sit overnight. Blah blah blah!' I felt like it was screaming "you will fail!" But then again, I was also pretty scared of macarons :)
I did discover shortly after making this that we do own a breadmaker... but I'm still glad I learned to do it from scratch first.

I don't actually like cinnabons or honey buns or pecans... or honey... or bread really. Anyway, this turned out ugly but still quite tasty. I mailed some out to Joe a couple of hours after making them, and I didn't know what to do with the rest.
*EDIT*: My sister came by and took the rest of the honey buns and can't stop raving about them; wants me to make more for a party! :)

The bread is a brioche dough by TWD and baked with glaze and cinnamon sugar. I would totally make this dough again! It was soft and fluffy. I added slightly less butter though, and it's not noticeable. My main issue was rolling it into a log and slicing it... I think I did it in the wrong order because a lot of the filling fell out. Also they weren't perfect circles. Bummer! 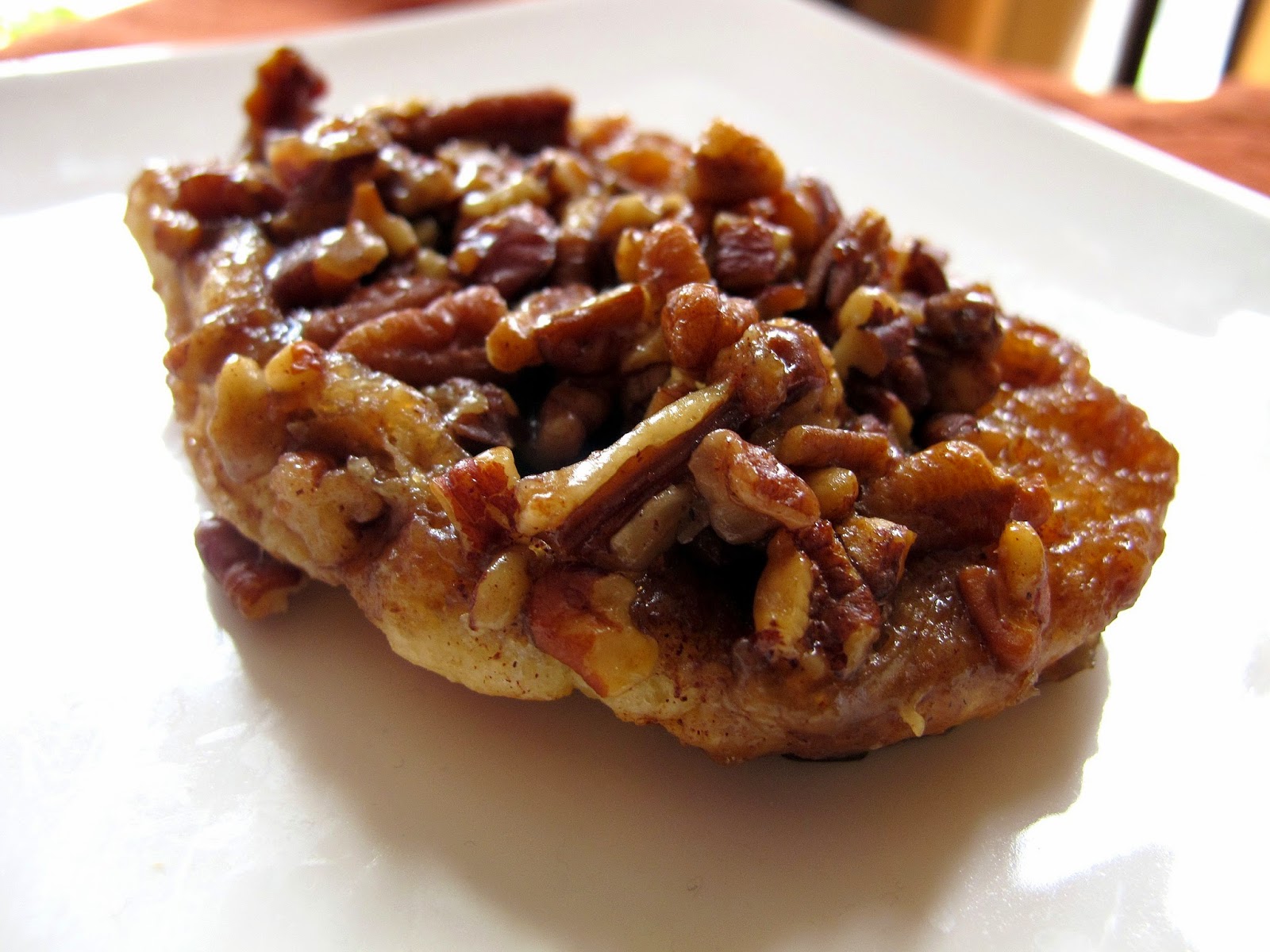 PPS. They are not kidding when they say to pull the buns off the pan within a couple minutes of removing from the oven.. I left the last one in there for a picture and the glaze solidified and I had to chip it off...
Labels: brioche brown sugar brunch cinnamon honey bun Tuesdays with Dorie