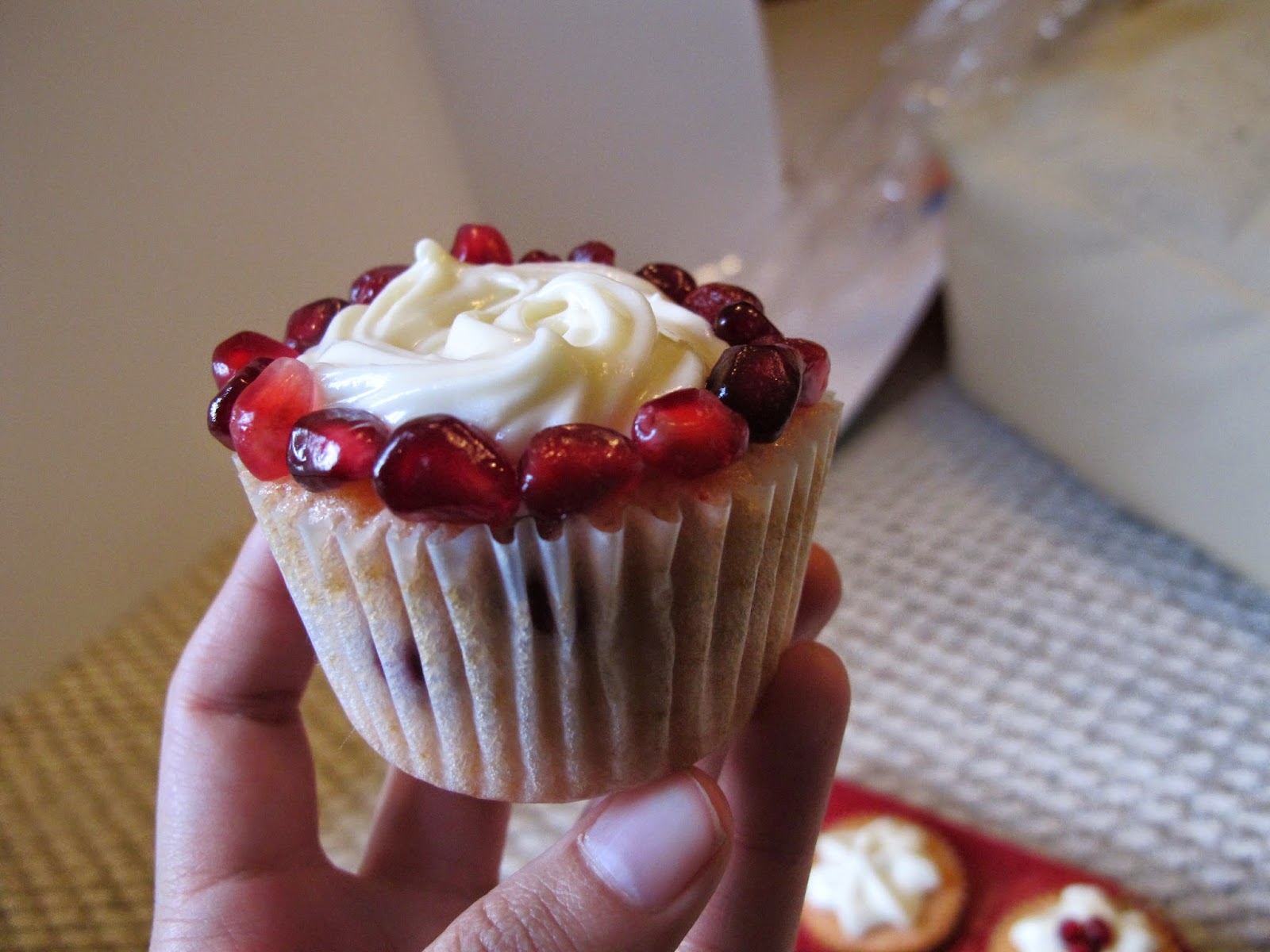 The other day I found some pomegranate seeds in our fridge. I used to eat lot of pomegranates when I lived in India but don't have them as frequently here. I love their color, and how tart and juicy they are. So I thought I'd try to incorporate them into a recipe. I'm actually a pretty simple girl when it comes to my desserts... I like my chocolate and vanilla and I'm not terribly adventurous (although definitely moreso than some). Just making anything with chai was a big step for me!
But my friend C is visiting from China for a couple weeks and has been wanting me to bake her something. She loves her citrus, as do some other friends of mine. So I did a lot of googling on the perfect recipe. Most recipes incorporate POM juice or pomegranate liquor, both of which I just don't like in general. I prefer the actual seeds to any juices.
Eventually, I went back to Chockylit's post on pomegranate-grapefruit cupcakes since she was the only person I could find that put in the actual seeds over POM juice, and who didn't add cocoa powder (I didn't have any at home). However, I don't eat grapefruits and didn't want to purchase one just for this, so I used lemons instead. 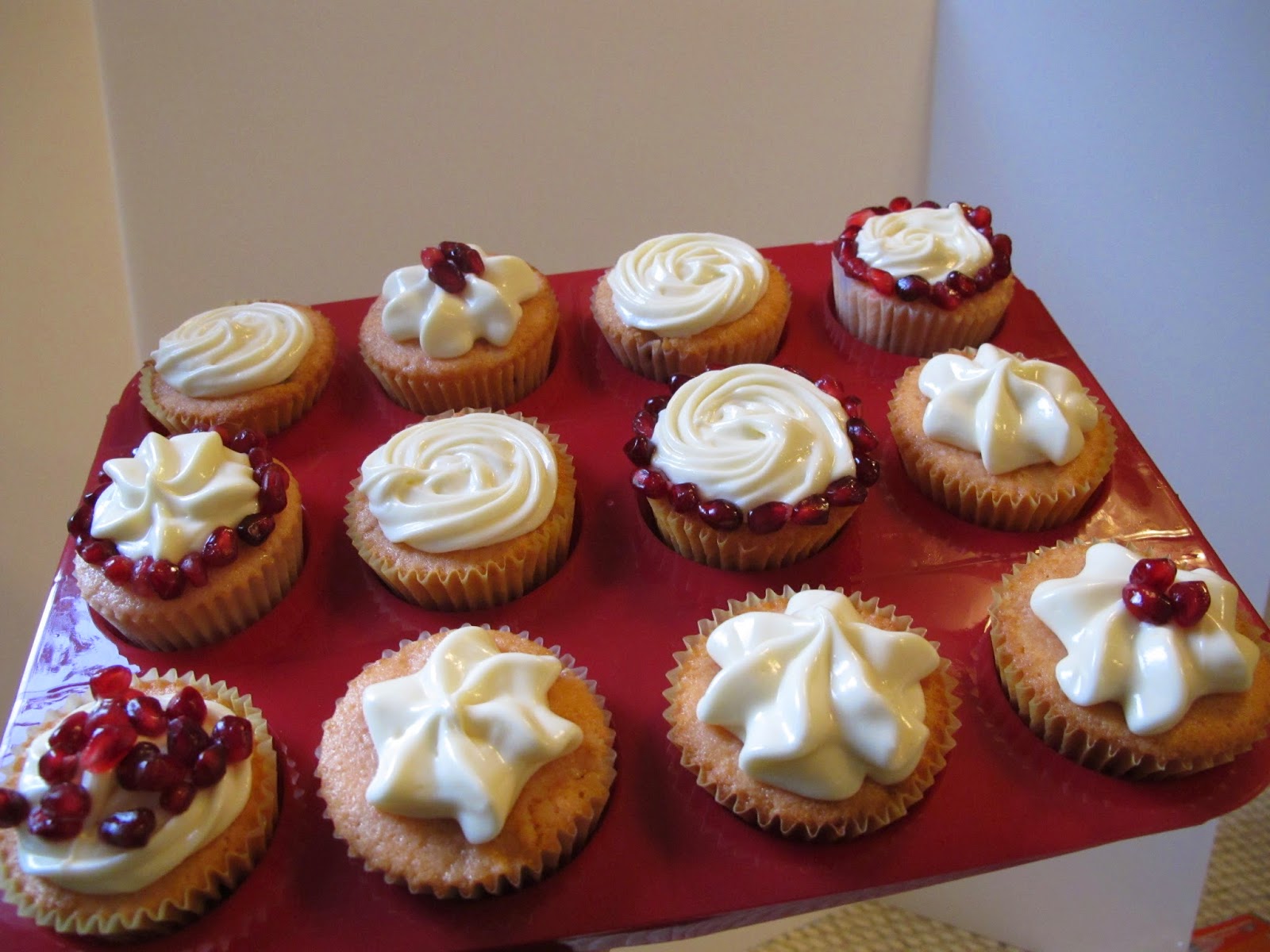 The cupcakes turned out pretty interesting. My friends loved them, but they also don't have a sweet tooth like I do. Actually a lot of my friends are looking forward to trying these, and I don't really know why. These are definitely the healthiest cupcakes I've made... only 1 cup of sugar, not to mention an abundance of pom seeds which are very healthy for you!
I have to admit, I enjoyed biting into the cupcake and finding a random pom seed in my mouth; the flavor changes from citrus-y to tart in a wonderful pomegranate way. But the cupcake by itself was far too citrus-y for my taste. 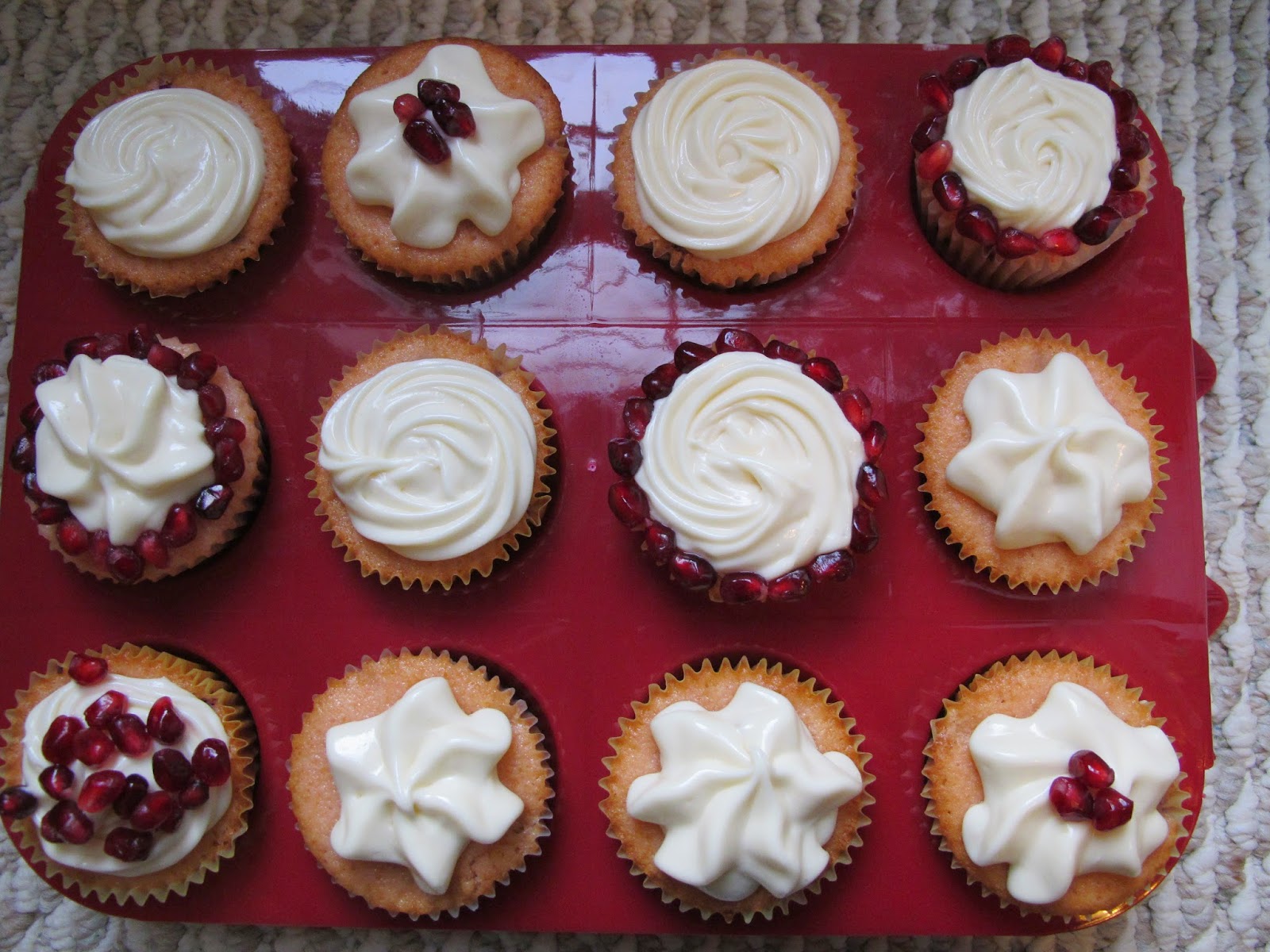 This is definitely a pretty cupcake though, and great for people who like lemon flavors, or lemon poppyseed muffins! Next time I will reduce the zest or remove it altogether so that the pomegranate flavor can come out more.
The recipe online can be found here, except that I swapped out the grapefruit for the lemon and cut the recipe in half. I also used light cream cheese and reduced the sugar in the frosting, and added a lot more pom seeds!
Labels: arils cream cheese frosting cupcakes lemon pomegranate