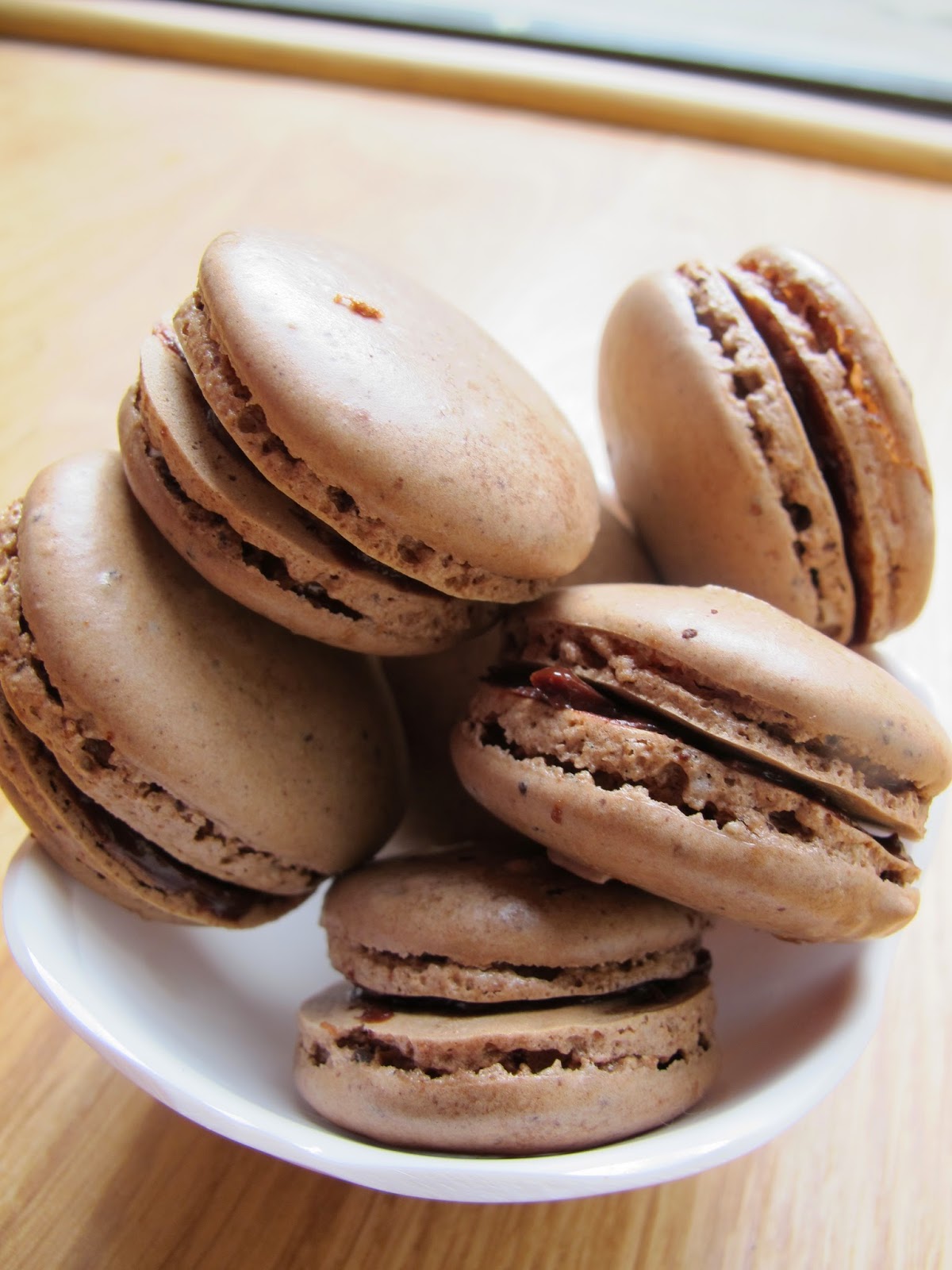 I finally did it! After three failed attempts, I finally tried David Leibowitz's Chocolate Macaron recipe and it was successful! I was so excited when I peeked into the oven and saw feet... feet! Some of the ones closer to the inside of the oven were cracked so I ended up leaving the door ajar.
With the second batch, I checked them every couple minutes and also rotated the tray after a while. Putting them on a second baking sheet also helped a lot.

I really didn't want to make chocolate because I find macarons rather overly sweet to begin with, and I also had a lot of chocolate ganache left over from the mini cupcakes that I didn't want to waste. However, it seemed to be the winning recipe for a lot of people and it definitely worked for me.
I did leave the egg whites out for about a day and also left my macarons out on the baking sheet for at least 20 minutes even though Leibowitz does not.
I'm definitely ready to tackle different flavors and colors! I want to try to reduce the amount of sugar as well and see how that goes.. I found it rather sweet but I'm way more just excited about the presentation :)

I gave them to my guy friends last night and they seemed to like it, besides the fact that they didn't know what a macaron looked like or what it was supposed to taste like. I need more taste testers! They all agreed on the sweetness though, so next I want to try pistachio or vanilla macarons.
Now I'm off to make some brownies for a dear friend.
Labels: chocolate ganache macarons