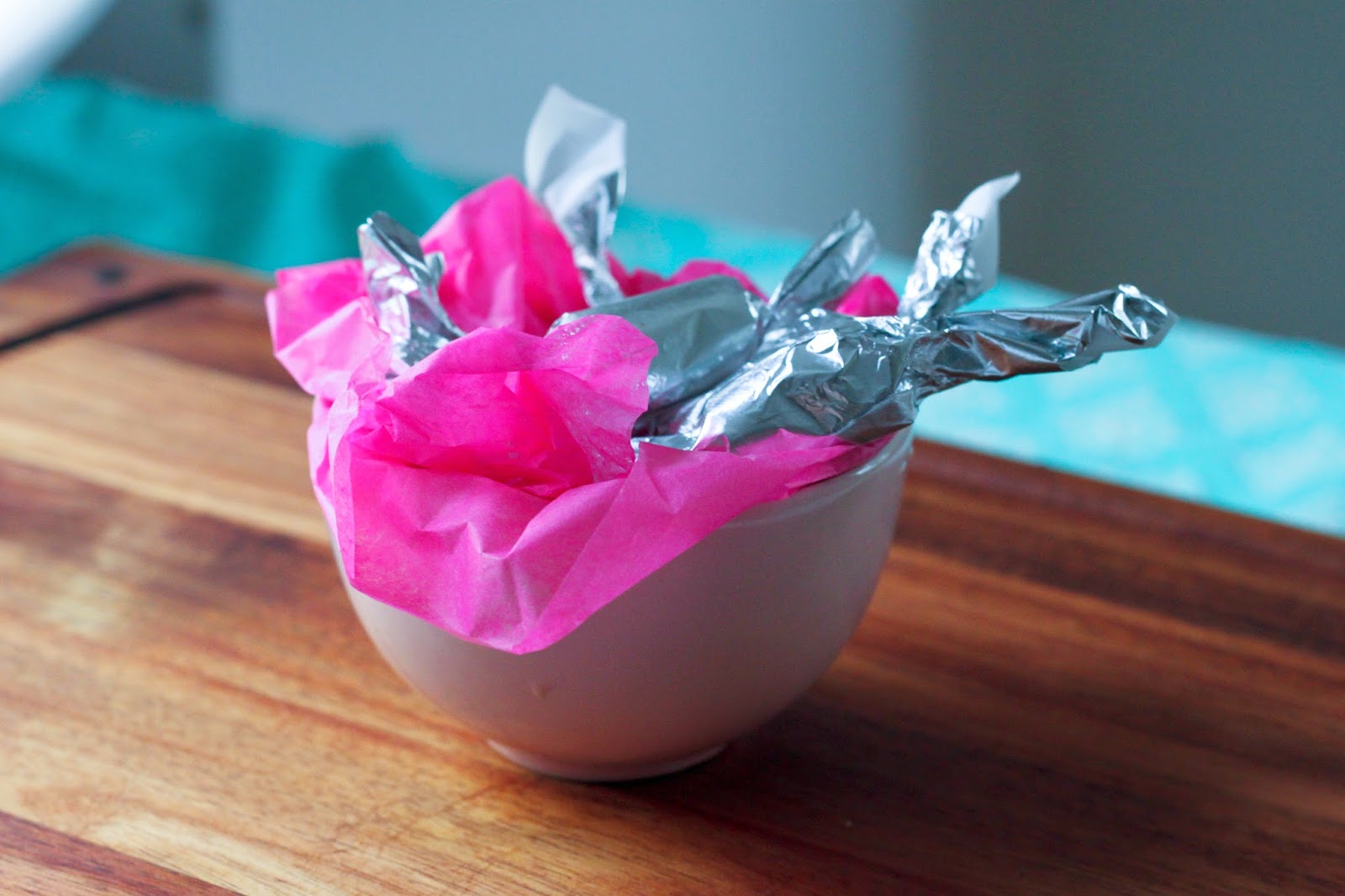 I've been feeling rather homesick, for various reasons. Instead of being too whiny, I've been trying to distract myself with work, exercise, and Mila. I've also been yearning for all the random tidbits from my childhood.
Lately, my car has turned into a time machine. I used to keep a bunch of CDs (I was notorious for making awesome 'mixtapes') in my sun visor but they recently started skipping so I was forced to throw them out. Being a huge sentimental hoarder, this bummed me out. But then I found a bunch more CDs in the armrest between the front seats--all in great condition from being in a dark hole for years, yessss.
So now, I run errands while listening to the songs of my youth, mostly delighting in my song choices (I did have some terrible taste, for a while). But, it makes me happy.

These homemade Tootsie rolls are another throwback to my childhood. One thing I love about St Louis (there are many), is that a few of the local movie theaters, owned by one company, offer sweets at the end of every showing. It's such a pleasant and sweet surprise to come out of the theater and have a guy waiting with a platter of candies to choose from as you go on your way. It's usually a choice between mints and Tootsie rolls and I always choose the Tootsie rolls, for nostalgia's sake.
If you can't already tell, I'm a sentimental weirdo when it comes to these things. I'll eat some pretty terrible stuff just for the sake of childhood memories (I recently ate a Little Debbie swiss roll which gave me a stomachache for a little too long).
I never really loved Tootsie rolls, but I liked the simplicity of them. In the exchanging of valuable goods at the end of a long night of Trick-or-Treating, Tootsie rolls were almost never part of the bargain. They weren't the hottest commodity (whatever was the largest size candy bar was, of course), but they were reliable and tasty.
So when I came across this recipe for homemade Tootsies, I had to try it. I had to!
This would be fun to roll with some kids, especially since it's so easy. It also melts in your mouth a bit more readily than the store-brand.
Just keep in mind that the golden syrup is pretty sweet so if you don't use dark chocolate, it's going to turn out super duper sweet.
Homemade Tootsies
Adapted from Baking Out Loud
Makes about 25-30 (depending on size)

Melt the chocolate in a double boiler. Once melted, remove from heat and fold in the syrup and salt.
Continue folding until completely combined--it will become a dough.
Let cool to room temperature and then toss out on a cutting board and slice into rolls.
Roll and wrap in candy paper.
Store at room temperature.

*Wait until the chocolate comes to room temperature before rolling out. Try to resist the urge to put it in the fridge because within minutes, it will become rock-hard and a total nuisance. Of course, I don't at all speak from experience...