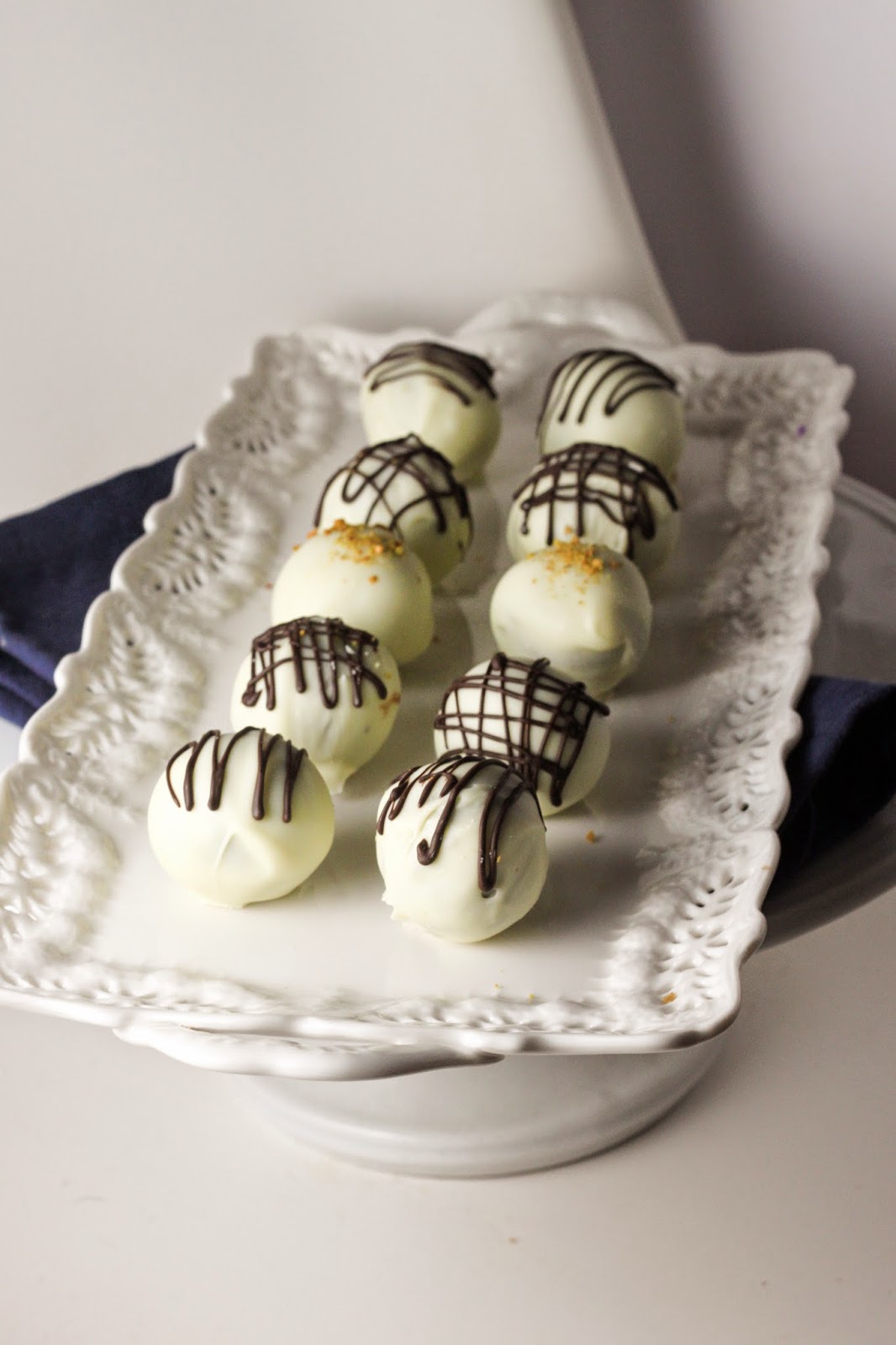 This was supposed to be a bundt cake, and this was supposed to be something I wouldn't be tempted to eat, which is why I opted for dried fruits.
Let's get one thing straight, right now. I'm not a fan of dried fruits. I'm especially not a fan of dried cherries. The only cherries I eat are the ripest ones in the peaks of summer. And most importantly, I do not combine fruit and dark chocolate of any kind.
And yet, somehow, I ended up nibbling on far too many of these little cake balls. The dried cherries added a chewy and tangy flavor to the chocolate cake. But shh, don't tell my younger self.

When I turned the pan over (not cooled long enough, not sprayed and floured it well enough--rookie mistakes), only half came out, ripping my perfect cake in half.
I had made it in my favorite Heritage pan, the one that has the best swirl, where the twist yields the most crunchiest of pieces.
So what was a girl to do? After photographing it to the best of my ability, I scraped out the rest and pulled out the crunchy bits, since those wouldn't mix well for cake balls.
I didn't expect to eat the crunchy bits, but no one was home, and, well, I had to make sure the cake was good. At my first bite of a dried cherry, I slightly winced at first because it reminded me of a raisin. But then I kept chewing and realized I kinda sorta liked it! And before I knew it, all the crunchy bits were gone, sigh. So yes, the cake was good.
I gathered up the rest of the crumbs and mixed in some vanilla cream cheese frosting that I had stored in my freezer several weeks ago. Dipped them in white baking chocolate and sprinkled some pistachio bits on some, chocolate on the others.
My friend Kaylen who owns Whisk, would often tell me that cake balls were a pain in the butt to make, and I would occasionally help her put them together and think, this isn't so bad. Well, I finally understood her pain after making about 50-60 in one sitting. I don't know how she does them every single week!
The process is a bit tedious but still well worth the effort, especially since they freeze very well. Put them in a ziploc, (label them!) and the next time you're invited to a party or any sort of event and want to bring something, you can reach for these--they thaw within minutes and are oh-so-easy to pop in your mouth.
Also, as nice as a bundt cake is, it's pretty awesome having a crunchy shell on a pre-portioned little cake ball.
So there's the story of these cherry chocolate cake balls. I never intended for them to happen, but they did, and I'm grateful for that.
If you make this as a bundt cake, you certainly won't be disappointed. And if your bundt cake happens to fall apart, there's no need to be disappointed because cake balls will save the day!
I adapted this from a simple recipe for a red wine-chocolate cake. Red wine is so versatile, I don't know why people don't bake with it more often. Although it's a great accompaniment to a hearty meal, it's even better (ok maybe not better but very close) baked into a cake, where the earthy tones can sing in harmony with the darkness of chocolate. It immediately makes a cake moist and the flavors more complex.
Feel free to swap out the cherries for other fruits or nuts, or skip them all together. Just don't skimp on the red wine.

Cherry Chocolate Red Wine Bundt Cake
Adapted from here
Makes 1 9-inch bundt cake or 50-60 cake balls
1 ½ cups all-purpose flour
½ cup almond flour (finely ground almonds, available at TJ’s)*
¾ cup unsweetened cocoa powder
1 ¼ tsp baking soda
½ tsp salt
2 sticks butter, softened
1 ¾ cup granulated sugar
2 large eggs
1 tsp pure vanilla extract
1 cup of your favorite red wine
¼ cup cherry concentrate (or replace with ¼ cup red wine)
1 cup dried cherries
zest of one orange
2 ounces, finely chopped semisweet chocolate
*If you don't have almond flour, you can replace with all-purpose
Preheat oven to 350 degrees F.
Spray and flour a bundt pan well.
Pour the sugar into a large mixing bowl and add the orange zest. Use your fingers to rub the zest into the sugar.
Add in the softened butter and beat until fluffy, about 5 minutes.
Add in the eggs one at a time along with the vanilla, beating well after each addition.
Add in the flours, cocoa powder, baking soda, and salt. Pour in the red wine and cherry concentrate if using.
Use a spatula to fold all the ingredients together.
Fold in the chopped chocolate and dried cherries.
Pour batter into bundt pan and bake for 45-50 minutes or until a skewer inserted near the center comes out dry.
Let cool completely before flipping over and removing from pan.
Serve with sweetened whipped cream or sift powdered sugar over the top.
Cake Balls
Vanilla Cream Cheese Frosting
1/2 stick butter at room temperature
1 cup powdered sugar
8 oz cream cheese
1 tsp pure vanilla
Beat all ingredients together until fluffy and combined.
White chocolate baking squares*
coconut oil*
2 ounces dark or semi-sweet chocolate for drizzling (optional)
crushed pistachios for topping (optional)
*I prefer to use Trader Joe's white chocolate baking chips but apparently they are seasonal, so I used 3 packets of Baker's white chocolate squares.
*I used about 1 tbs of coconut oil for all the chocolate, but you can add as much oil as you think is necessary. I recommend adding a little at a time and stirring it in until it's slightly runny, which makes it easier for dipping.
Crumble up the cake with your fingers, in a large bowl.
Mix in half of the frosting and use your hands to combine together until the frosting is mixed in.
Mix in more frosting as needed to bring the cake together into a cohesive dough (I only used about half a batch).
Roll bits of the mixture into balls with your hands and set on parchment paper.
Once all the balls have been rolled, store them in the freezer until frozen (about an hour or so).
Melt white chocolate baking chips with the coconut oil in a double boiler.
Once melted, remove the balls from the freezer and take a small fork to pick up a ball and dip in the white chocolate mix.
Let it get fully coated and drip off, then lay back down on parchment paper.
If sprinkling with nuts, do it immediately as the chocolate will harden fairly quickly.
If drizzling with chocolate, let the white chocolate harden first before drizzling.
Melt 2 ounces chocolate in the microwave in 15 second intervals (stirring after each time) until melted. Pour into a ziploc bag and snip a tiny bit off the edge, and drizzle over each ball.
Once all the balls are done, store them in the fridge until hardened, about an hour.
Store in ziplocs (label them with the date) and keep in the freezer for months or in an airtight container in the fridge until ready to serve.
Labels: bundt cake cherry chocolate chocolate cake red wine