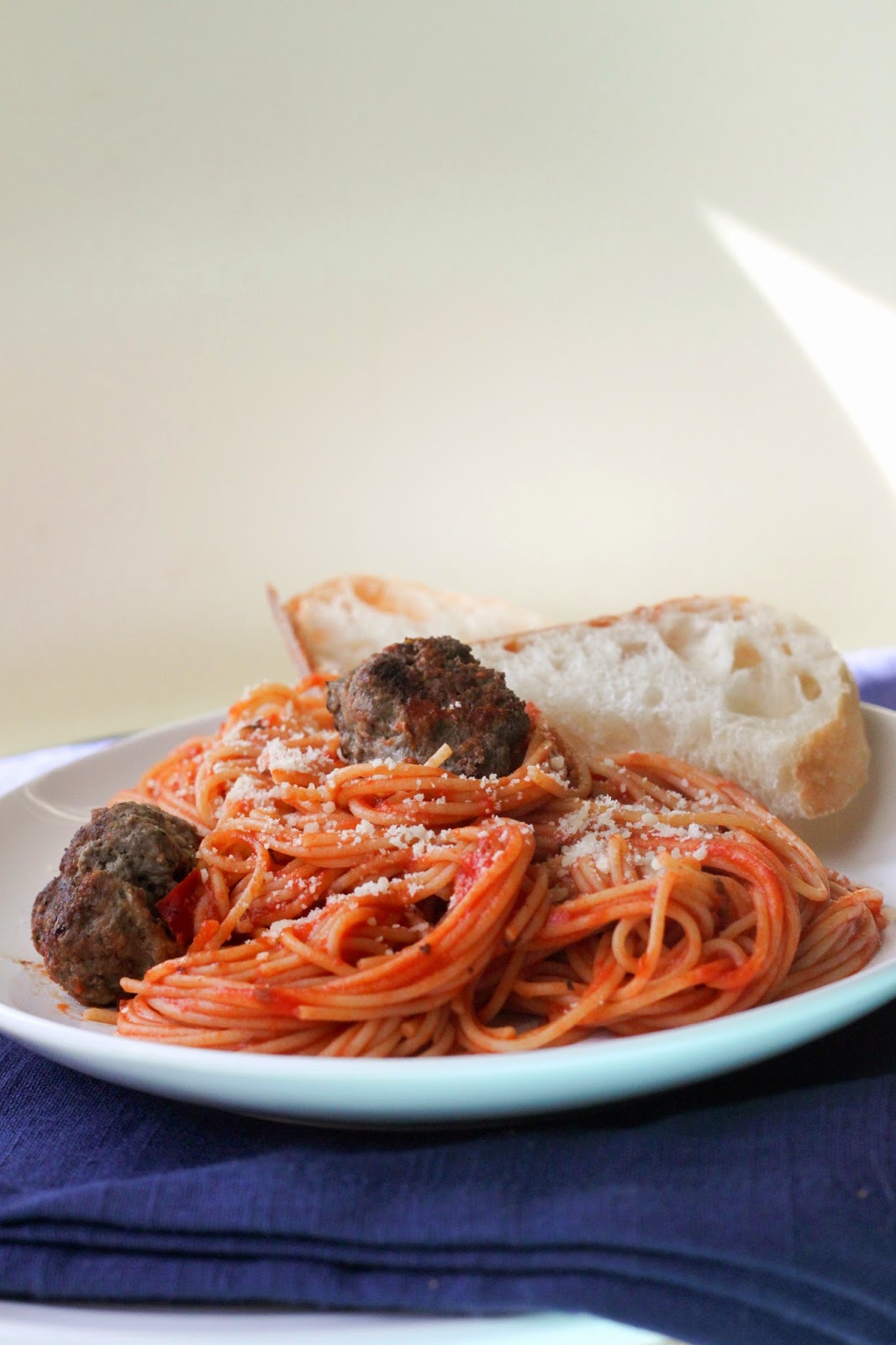 It's fall! The best part of the year... just before it gets unbearably cold--perfect for sipping on warm things and being cozy. Getting an extra hour is awesome... pretty much the only downside is that the sun sets so early. But it's nice that for a couple of days I'm waking up around 7 and getting to see the sunrise.
These meatloaf balls were one of the first savory recipes I ever followed and made on my own. I was visiting Joe in St Louis and wanted to show him I could make a successful and delicious meat dish. I honestly hardly ever cook with meat (outside of slices of chicken sausage, occasionally) when it's for myself, but Joe has to have meat for most of his meals, such a manly man. And because he does, he's the one who does the buying and cooking for it, like the ideal manly man should.
I don't know what got into me, trying this out...I remember being so nervous and following the recipe down to a T. It's hilarious now because I can't imagine following any cooking recipe verbatim anymore. But at the time, it was so new and 1/2 tsp black pepper meant a full half teaspoon that I'd measure out.
I also remember burning the garlic a couple of times, and having HLi freak out about it over gchat (YOU CAN'T EAT BURNED GARLIC! At the time I thought he was being overdramatic but now I wholeheartedly agree). I've come so far since then...

For my first (and second) time, these turned out insanely yummy. I had never even been a fan of meatloaf until then. They're shaped into jumbo balls and then baked to perfection--very juicy with tons of veggies and flavor.
Skip ahead 2.5 years and I totally forgot about this recipe. Then my stepdad Steve decided to visit us for a weekend in St Louis and I knew that he loves meatloaf. I remembered this recipe and decided to try it once again. I made mini balls of them for lunch which we ate with spaghetti, and then meatloaf balls for dinner, which I unfortunately forgot to photograph (I promise they existed once!).
And by the way, thanks to my friend Cate, I discovered a new brand of pasta sauce local to St Louis...
Zia's is a popular Italian restaurant in the Italian district in StL and although I've never been, I kept seeing their jars of sauce in all the grocery stores. Once she recommended it, I tried it for the spaghetti and it was absolutely delish. I used the rest of the sauce the next night for pizza...The sauce definitely stood out, and I don't think I can have regular pasta sauce again, yikes. I'll be storing jars of these for years to come! If you're in the area, I highly recommend it. 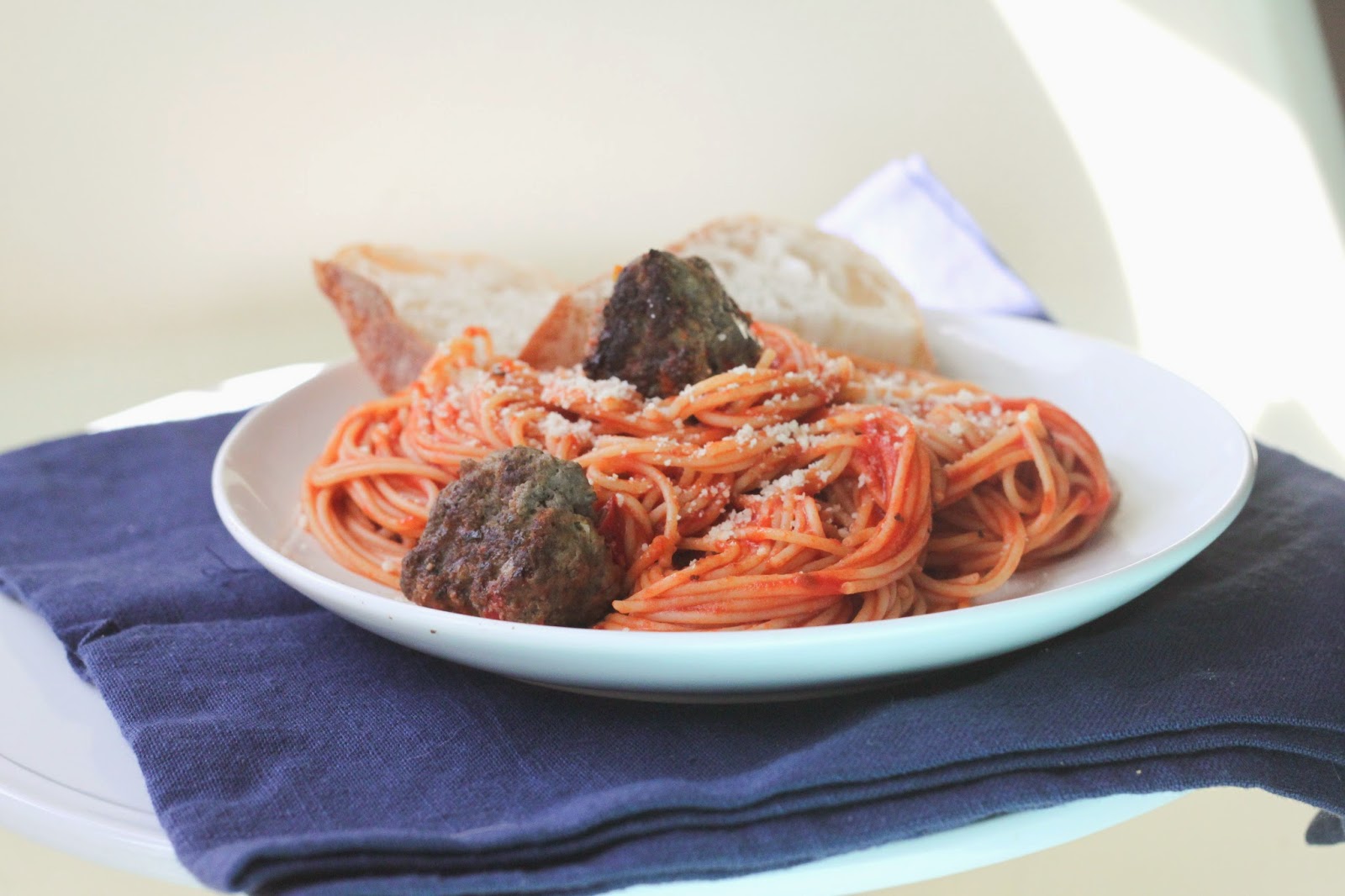 As for these meatloaf balls, I followed this same ole trusty recipe that hasn't failed me (twice) now. The first time I followed every direction exactly, and the second time I improvised a bit, and both turned out delicious. The only item from her list I couldn't find either time was Spike Seasoning.
She also has a diet-friendly adaptation.
I'm glad I finally photographed it so I can share it with you. Thanks to Kalyn for the recipe!
Labels: savory