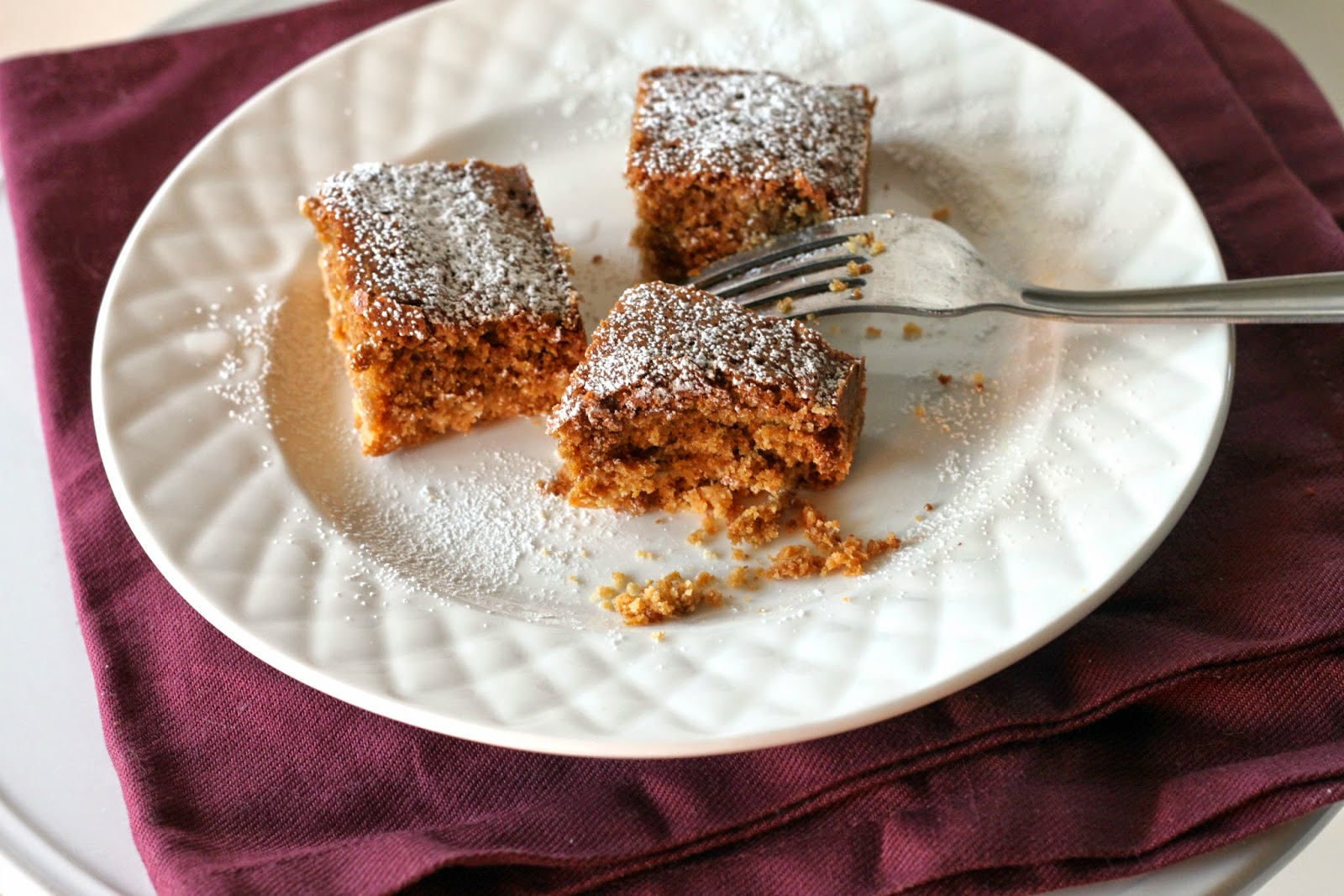 I must be honest. I've never been a fan of Bischoff cookies that Delta airlines is always handing out. I have quite a few friends that are thrilled to be on a flight just for those, but I'm not one of them. The cookies are too crispy for my own liking. If I had to choose between crispy and chewy, it would be chewy any day.
Either way, when I saw the Bischoff spread at the store, I was unreasonably excited to experiment with it. Lovers of the cookies will be pleased to know the spread is pretty much exactly like the cookie, and it looks just like peanut butter. It also smells rather wonderful.

I had to make something for Joe's team at the hospital and although I've been dying to make a cake of late (I have so many cakes bookmarked, seriously... just give me a reason to bake a cake!) he wanted something that was easy to distribute. Since it was for a bunch of surgery residents, they needed something they could eat 'on-the'go'.

I settled on a cookie bar because it seemed simple enough, and I had already made cupcakes, little cheesecakes, and muffins for the same group. And I got to incorporate my newly purchased Bischoff spread, yay!

The only problem with this is that I keep wanting to call it a cake, when it's actually a cookie bar. It resembles a cake so much! It's got a simple buttery crust, and a Bischoff spread mixture on top. It's almost like a gooey butter cake, but not... since it's a cookie bar.
The top is crinkly/crispy, the middle is soft (you can make it more or less gooey to your liking), and then you hit a buttery bottom crust. What more could you want?!

Everyone enjoyed it quite a bit, and I saved some for my friend Aba, who stopped by over the weekend and had a slice.
This recipe is very simple and a great choice for anyone who needs to bring something to a casual party on the fly.

Crust:
1 stick butter, softened
1/4 cup light brown sugar
1 cup all-purpose flour
pinch of salt
Filling:
3 large eggs
1 1/4 cups packed brown sugar
1/2 cup Biscoff spread
1/2 cup all-purpose flour
Powdered sugar for sprinkling on top
Preheat oven to 350 degrees.
In a large bowl, combine crust ingredients on low to medium speed just until mixture is evenly mixed and combined.
Press mixture in an even layer in a 8x8 inch baking pan that has been sprayed with non-stick cooking spray
Prick 6-8 times with a fork, then bake for 15 minutes or until golden brown around edges.
Meanwhile, beat the ingredients for the filling on medium speed until smooth.
When crust is done, pour mixture evenly over crust and bake for 30 minutes or until middle is just set. Cool completely on wire rack before cutting into bars.  Sprinkle each bar with powdered sugar, if desired.
*For a firmer bar, reduce the brown sugar in filling to 1 cup, bake for 40 minutes.

I still have a lot of the spread left! Any suggestions on what else I should make with it?
Labels: bar bischoff cookies