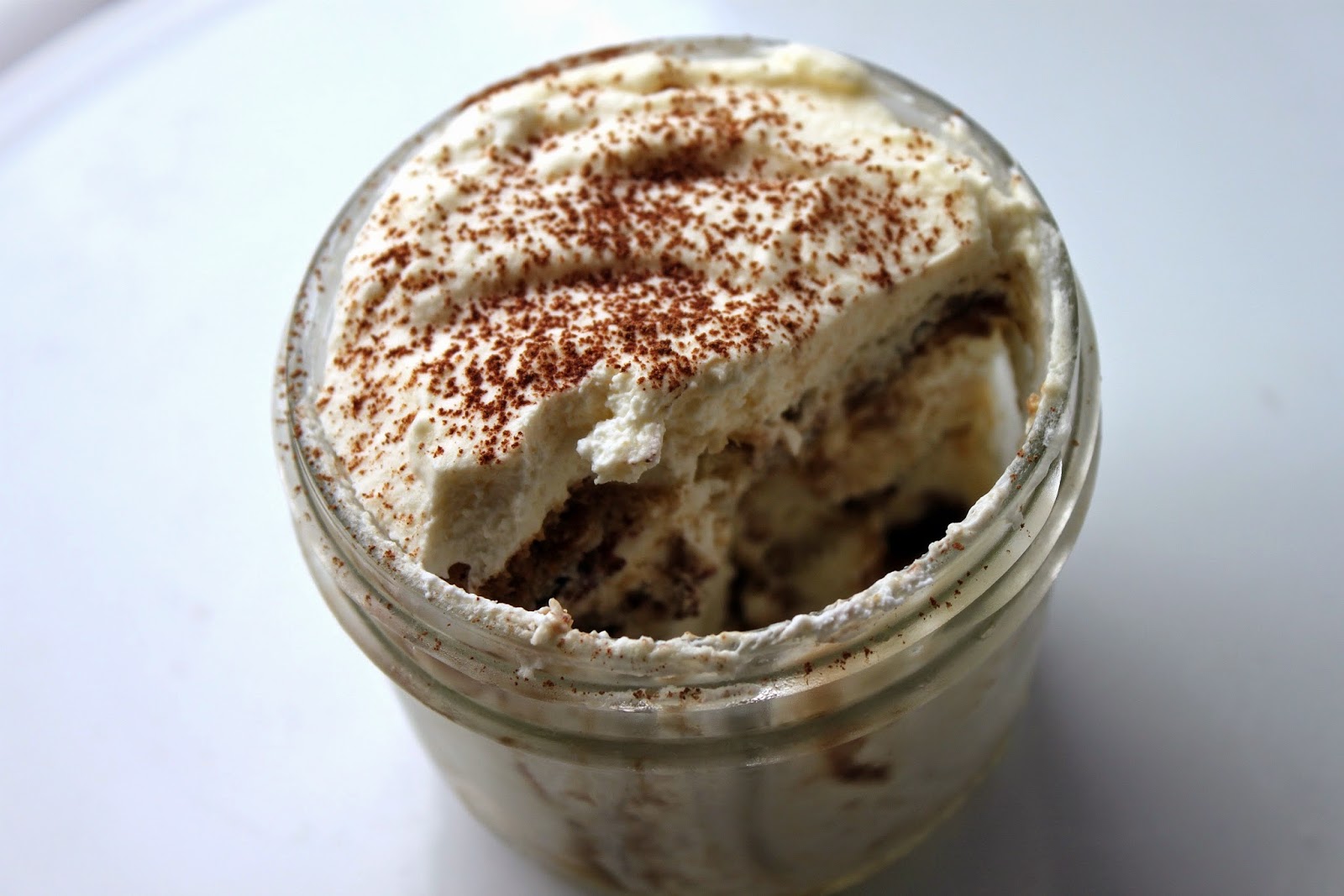 I have loved tiramisu since the day our long time family friend, Sylvie, introduced it to me. She's an excellent cook who went to culinary school and had a catering business for a while. She made the best tiramisu that I had ever tasted. It was creamy with wonderfully moist bits of cake in it. I had no idea what I was actually eating but it was delicious. It's a bit amusing that I'm not the biggest fan of coffee or alcohol but both are in this dessert...

Over the years, I had her make the same tiramisu for many of my birthdays, but never thought of asking for the recipe until now. When I really like a dish from another person (often from my sister, mom, or grandma) I generally just prefer them to make it because I think I'll never be able to make it taste exactly the way I like it. It typically takes me several tries to get it right, as with anything, I suppose.

With this, my friend doesn't ever follow a recipe exactly or know her measurements! She sent me a link to Emeril's tiramisu recipe and said she adapted it from there. The rest was left up to me.

I've made this several times now, and the first time the cream fell apart since I didn't understand the directions too well... For my second attempt, I decided to try it omitting an entire cup of heavy cream that I didn't find necessary. It was a huge success! 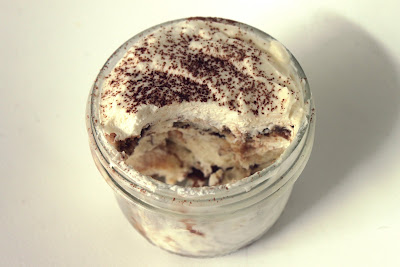 This will always be my favorite tiramisu recipe of all time. I really like the addition of marsala wine as well as Grand Marnier into the cream. It's also got a good dose of espresso powder to give it the coffee kick.

I used ladyfingers that I bought at Whole Foods because my friend swears by them. I have recipes for ladyfingers at home but since I was also moving the weekend I made this, it saved me a lot of time, and they were super delicious and worth it.

Keep in mind that you will use every bowl and utensil in your kitchen trying to make this recipe! It got very messy, and for someone who loves one-bowl recipes, this drove me a bit crazy. Still totally worth it though.

Additionally, I didn't follow the end of the recipe exactly, since I had the coffee mixture left over. I poured just enough to let the ladyfingers soak it up each time, instead of a third as recommended.
I also made thinner layers so that I could make many of the tiramisu in different jars and pans.


In a large mug, whisk the espresso, water and Grand Marnier together, set aside.

In a large mixing bowl, combine the Mascarpone, Marsala, and vanilla together and whisk lightly by hand.

Place the egg yolks and 3 tablespoons sugar in a double boiler over medium heat.
Use a whisk to constantly stir until the mixture lightens and thickens (be careful not to cook the yolks, don't let the bowl touch the edges of the pan it's floating in).
The process should take 3-5 minutes depending on how high the heat is.
You want it to look ribbony, a creamy light yellow and thick and custardy. It should coat the back of a spoon.
Remove from heat and continue whisking for about 30 seconds.
Let cool completely.

Whisk the yolk mixture into the bowl with the mascarpone, marsala, and vanilla.

Whip the heavy cream and sugar to stiff peaks with an electric beater.

In 3 small additions, fold the cream into the mascarpone mixture, folding well to incorporate.

In a standing electric mixer, beat the egg whites and salt on medium speed until foamy.

Increase the speed and add the remaining 3 tablespoons sugar, beat until glossy and slightly stiff, not dry.

Fold the egg whites, all at once into the mascarpone mixture.
Adjust the sugar according to taste.
Place one layer of ladyfingers, stacked side by side, in a large loaf pan or a jar, or a casserole dish.

Use a spoon to sprinkle the ladyfingers with a third of the espresso mixture, or until just soaked.

Top with a third of the mascarpone mixture, spreading it out evenly.

Top with more ladyfingers and repeat the process until you end up with the mascarpone mixture on the top.
Use a sieve to sift powdered sugar and cocoa powder mixed together over the top.