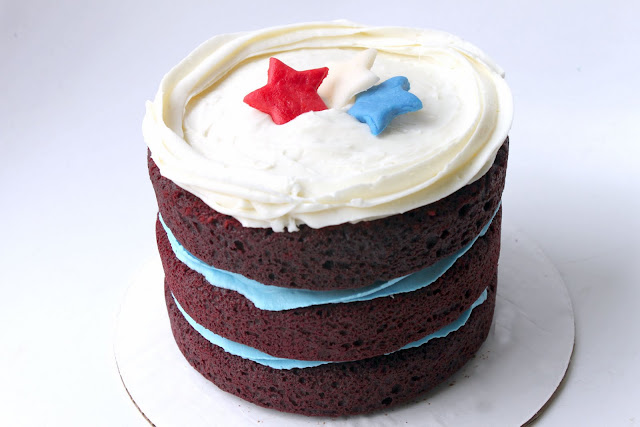 Happy American Independence Day, dear readers! Canada just had theirs so Happy Canada Day too! Apparently July 4th was the day the declaration was approved, not signed, as I originally had thought. Ya learn something new every day :)


We celebrated with an epic Asian themed dinner, followed by a showing of "Independence Day", one of my favorite classic movies about an alien invasion... This combined with reading "World War Z" (a novel about zombies taking over the world) it's given me some interesting nightmares...

Anyway, my birthday is this week and it's going to have to be a low-key one (a first) since none of my besties or even my family will be around. I'll have Joe, if he's not working a rotation. But I guess that's what happens when you get older... birthdays just feel not so important anymore. I'm going to turn 24. I know it's not that old but I still feel 21 most days so it's a bit strange. The years just keep rolling by...


In honor of my upcoming birthday, I really just wanted some red velvet cake. And then I realized it would be perfect with blue and white frosting, celebrating July 4th as well.


The reason why this is not frosted on the outside is because I recently purchased a new cookbook by Miette, a bakery I had been to in San Francisco last year and loved. They're famous for a cake called the Tomboy, and I just love the name, it totally fits, doesn't it? I also love the look of the cake, with the blue inner frosting on display. 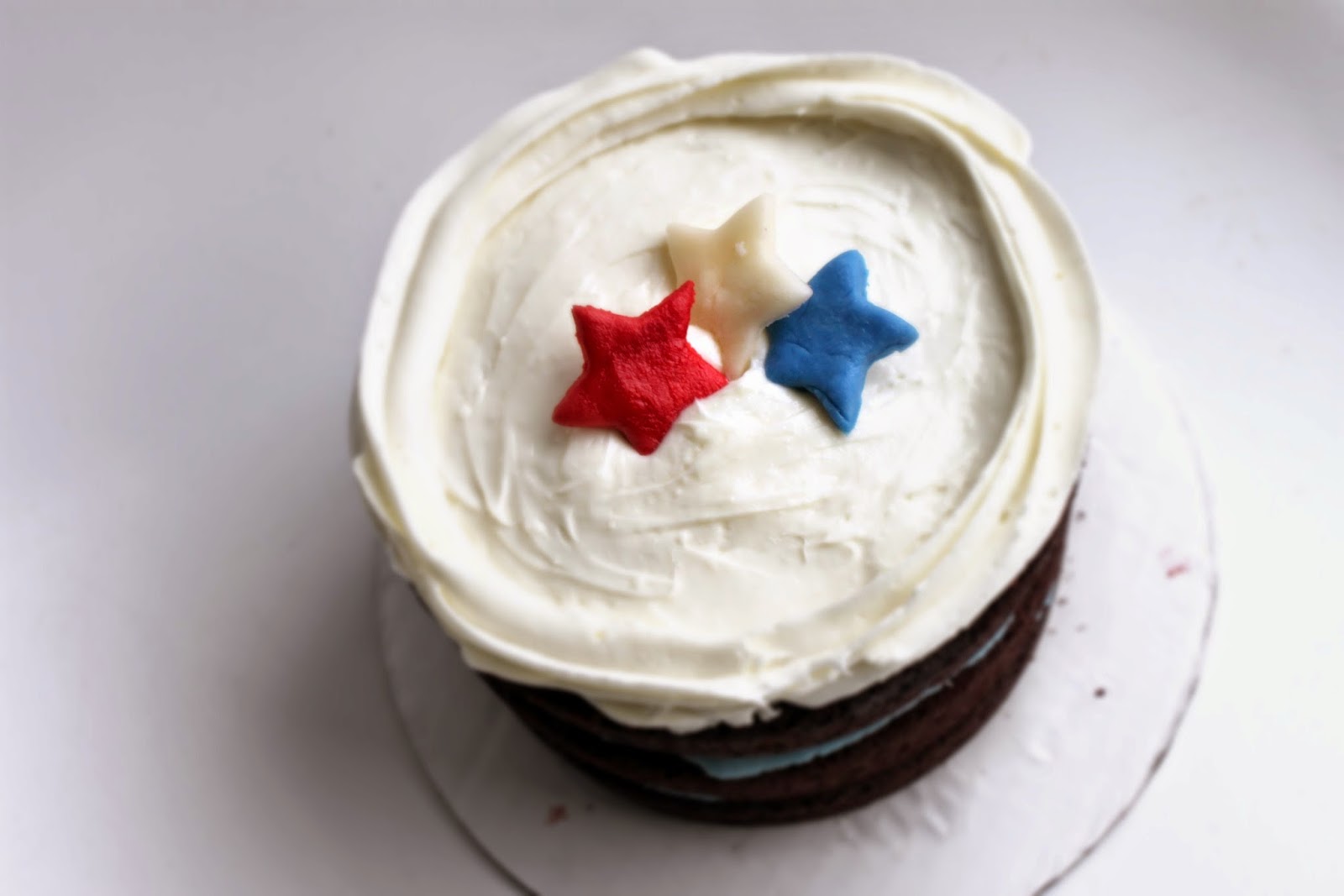 Red velvet cake was something I did not understand until I had my first good one. Once Joe and I tasted the Sprinkles red velvet cake in Los Angeles, we were hooked for life.
Since then, I've constantly been on the search for a great red velvet cake in bakeries and in recipes. They're not all created equal, by the way, and a lot of it hinges on your personal preference.
Some like it dense and thick, with barely any cocoa and a sweet cream cheese frosting, while some like it soft, with a slightly higher amount of cocoa and super moist. I'm the latter. I like to know that it's not vanilla, not yet a chocolate kinda cake. I also don't like a very sweet frosting, and a flour frosting is just as (if not more) delicious than a cream cheese frosting. Mascarpone frosting is a strong contender as well. There's no law that says only one kind of frosting can go with red velvet cake, and thank goodness for that.
I used to find all the people in love with red velvet cake so strange, until I found myself craving it. I even converted most of my family and friends with this cake!
This has a high amount of cocoa in it, making it just perfect, although still not quite a chocolate cake. I've noticed though, that most red velvet cakes don't really taste like much, it's the addition of frosting that gives it it's classic flavors, so although this was originally a Tomboy, I ended up frosting the whole cake anyway.
I used my leftover mascarpone frosting tinted blue and used it for the inside, while the outside is my own version of classic cream cheese frosting.
I first tried a recipe for the cake from my favorite blogger, The Smitten Kitchen, and it turned out great. But it still wasn't quite the best one.
Until this recipe! This has been the best one I've found. It's also going to possibly be my future wedding cake and the wedding cake of a friend's, next year :)
I can't stress enough how glorious this recipe is. Very moist, and very delicious.


I would love to eventually make the chocolate Tomboy from Miette since a chocolate cake can be wonderful without very much frosting at all. Will post on that one soon!

Line12-cupcake pans with cupcake liners and spray with cooking spray.

Whisk cake flour, cocoa and salt in a bowl.

Place oil and sugar in bowl of an electric mixer and beat at medium speed until well-blended.

Beat in eggs one at a time.

With machine on low, very slowly add red food coloring (and water or syrup, if necessary). (Take care: it may splash.)

Scrape down bowl and beat just long enough to combine.

Place baking soda in a small dish, stir in vinegar and add to batter with machine running. Beat for 10 seconds.

Divide batter among 12-cupcake pans, filling each about 2/3 full, or into 8-inch pans.

Note: The recipe above has been scaled down to 1/3 of the original recipe. I have only ever doubled it from the above recipe and since I noticed there were typos in the posted original version, I won't post it here. Just scale up if you need to :)

Mascarpone Frosting
Frosts a 2-layer 6-in cake with plenty left over.

Combine the cheese, sugar, salt, and vanilla together. Stir it till smooth (or beat it, but the cheese is so smooth you shouldn't need to!) Beat the whipping cream to stiff peaks but don't let it curdle. Fold the whipped cream into the mascarpone mixture until combined. It should be perfectly white and fluffy and light!
Cream Cheese Frosting
2/3 cup brown sugar
1 pkt cream cheese (8oz)
1 teaspoon vanilla
1/2 cup heavy whipping cream

Whip the cream separately till stiff peaks. Then whip the cream cheese, sugar, and extract together (with any food colorings) and fold in the cream last.
Update as of 6/28/12: This frosting has replaced both of these as a match to this cake, except I swap out the maple syrup with milk and the cinnamon is optional. I highly recommend it!