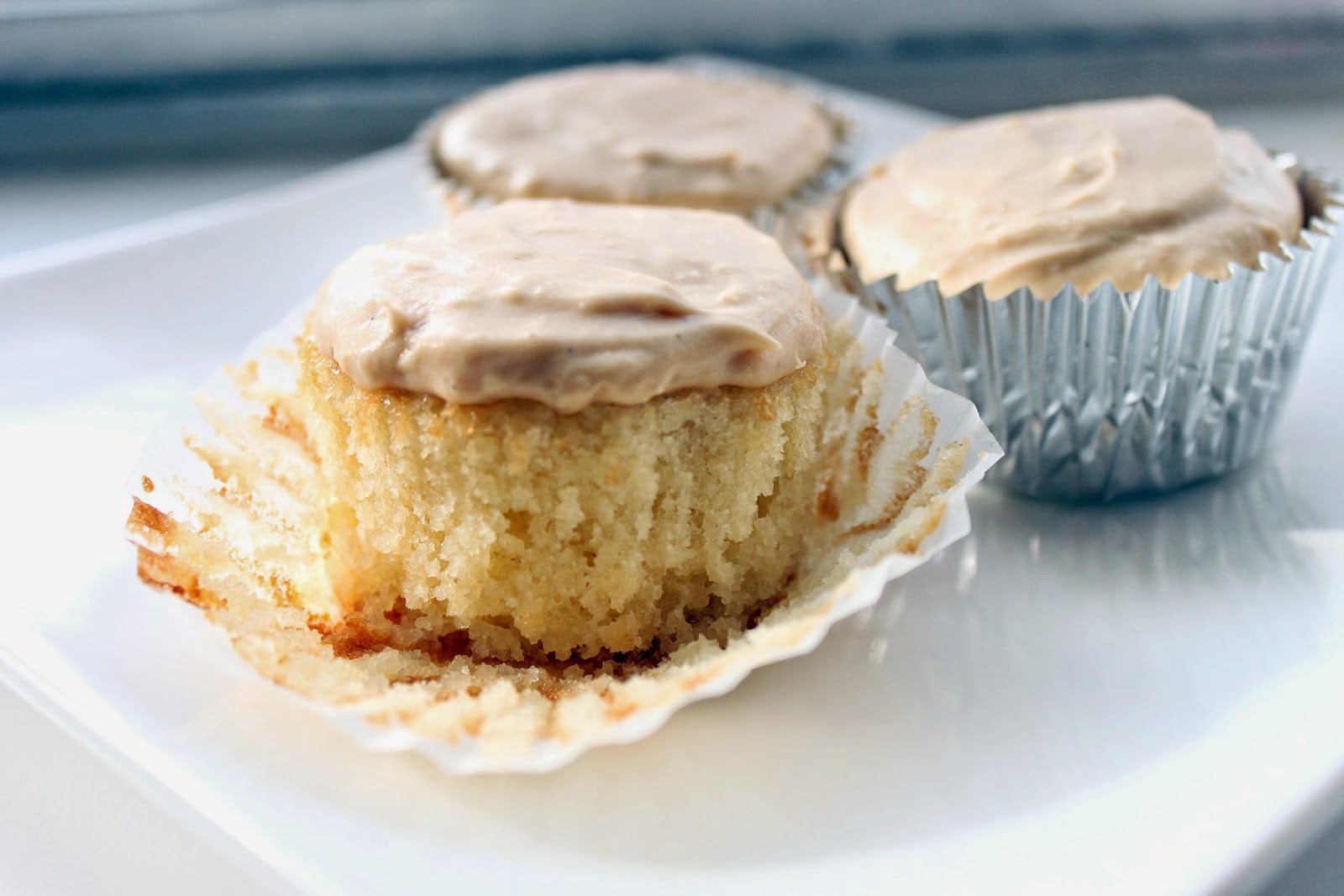 I made these cakes last week and they're delicious, even though you can hardly taste the alcohol. I put Grand Marnier in the batter, but next time I would add some orange zest to really get an orange flavor. I went a little crazy with the frosting, since I had my homemade caramel in the fridge for so long, and then I decided honey and ginger would go well with it. It really did! This frosting was divine. Joe was in lurve. You can't taste the ginger so much, since I was a little afraid to put too much...
I've been in lurve as well recently. I bought this book called The Flavor Bible

... It really is my flavor Bible!! It has every combination of flavors and gives suggestions of what you can make or combine. I read through the entire thing even though it was just lists of spices and meats and vegetables. The book was what inspired me to try this cupcake. 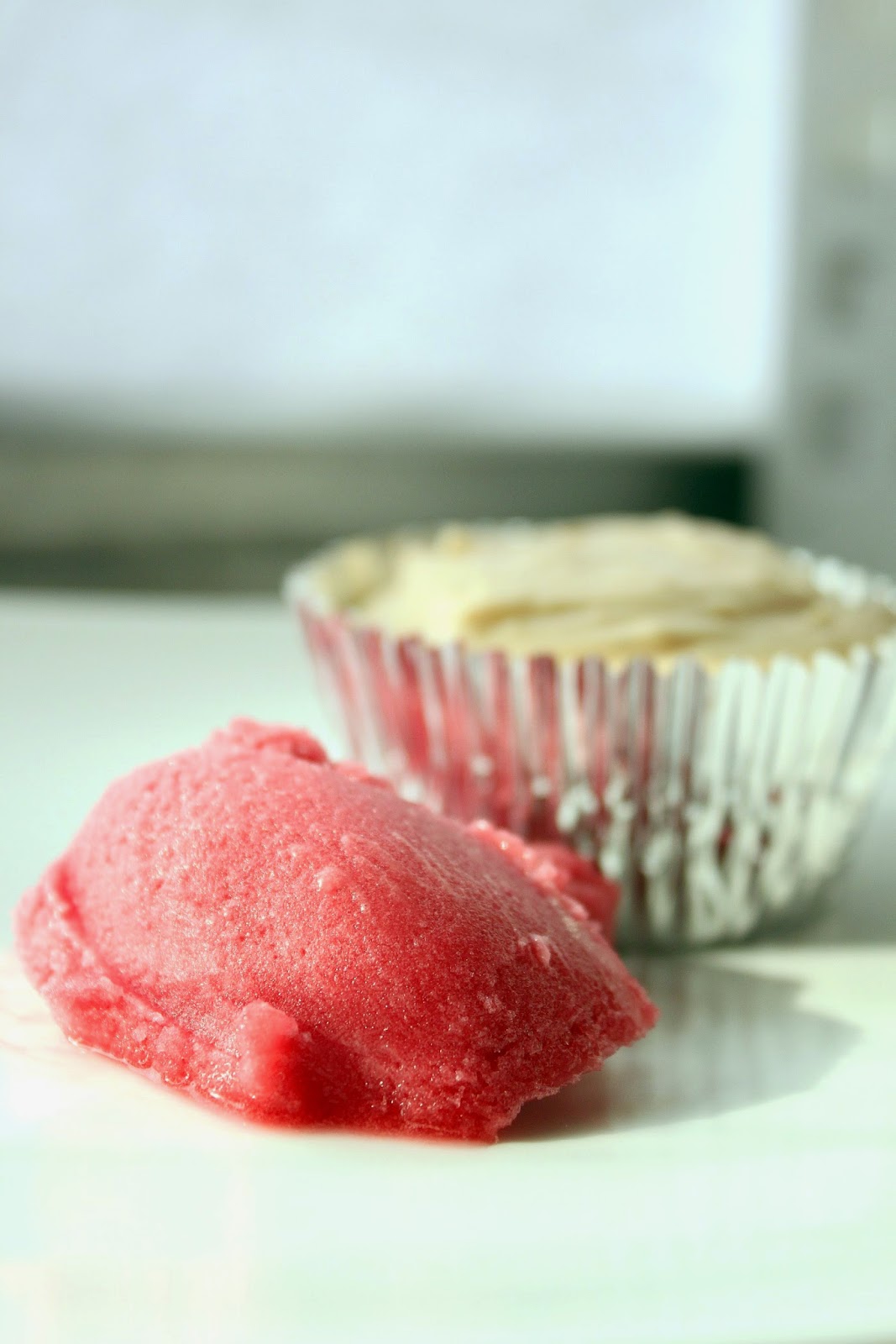 I was looking at everything I had in the kitchen, and according to the book, ginger + honey + caramel + orange tastes great, so I went with it! Although the orange and the ginger were slightly subdued this still turned out yummy. I also read that you could try raspberries and I happened to have some raspberry sorbet on hand so I put the two together.. That was definitely my favorite combination... Having a cold sorbet mixed with a warm cupcake was beyond delicious.
I omitted the frosting on some and just added raspberry jam to the stop. Since my hand mixer was dying, I couldn't beat the cream cheese frosting very well and thus wasn't able to frost the cupcakes all pretty like I usually do. 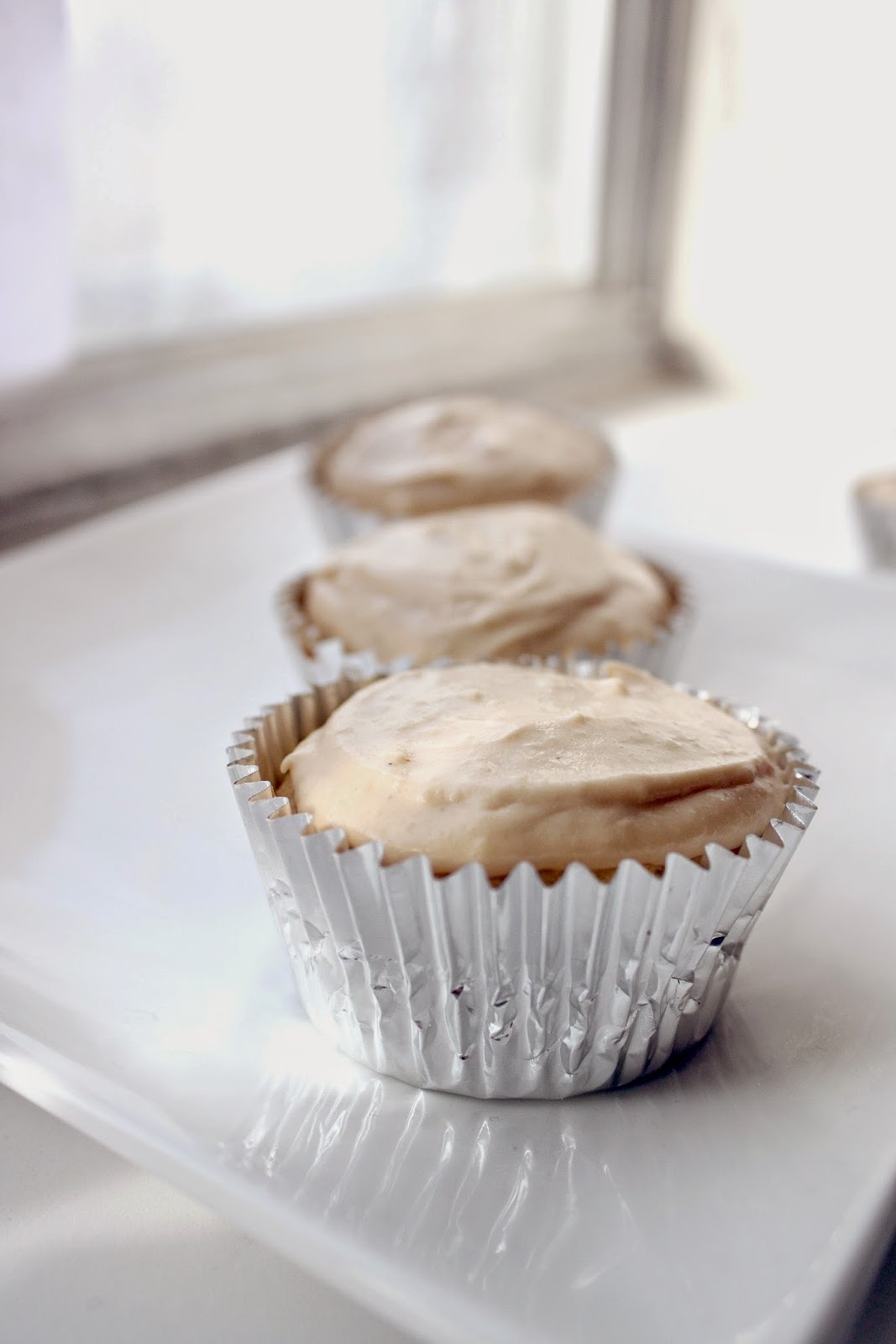 I found the recipe here. But I would add more Grand Marnier or put in some orange zest/extract.
As for the frosting, I made my caramel sauce, added ginger to taste and combined it with my cream cheese frosting. I put in the entire serving of caramel into the frosting and added sugar only afterwards, if it needed it (It needed about 1/3 brown sugar for me).
This ice storm in St. Louis is crazy! Everything is closed and I've heard non stop sounds from outside of what sounds like hail/ice hitting the windows. I ran outside to take photos and this is what I got:
Things encased in ice are so fascinating! Ok, that's all.
Hope everyone is staying warm and safe :)
Labels: cupcakes fruit raspberries