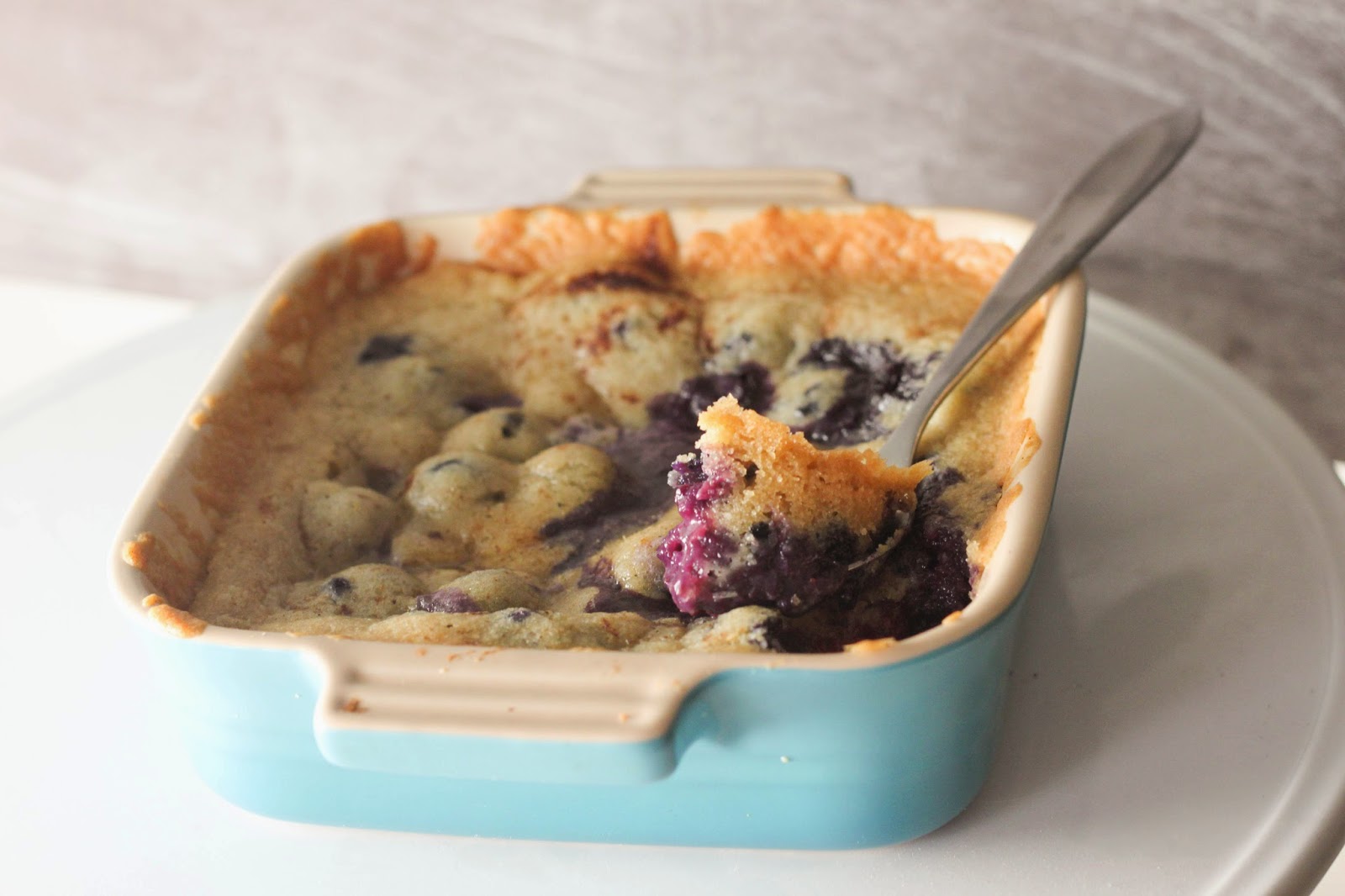 It's another snowy day in St Louis, yet life goes on. I've come a long way from Atlanta, where any suspicion of snow (whether or not it actually snowed was another matter) would shut everything down. Here, it continues and I'm getting used to just dusting off my car and going about my business, which is a strange adjustment. Especially since a part of me still gets super excited to see snow! And of course, another part of me just want to hunker down at home and snack on this berry pot pie.

Here's an old recipe of mine for Chai snickerdoodles. The other day, I realized I had a bunch of this cookie dough stashed away in my freezer for emergencies.
Rather than make yet another batch, I thought I'd get creative and try a fruity dessert version of a pot pie.
The result: A simple berry pie filling topped with a giant snickerdoodle. How can you go wrong with that?
I left this in the kitchen to cool down. When I walked back in, Joe was standing over it with a mouth full of pie, eyes wide. While reaching for his fourth spoonful he just kept saying "Oh my god, what is this!" Needless to say, I had to make yet another batch for a party later that night since he had scarfed down most of the first one (I may have joined him, oops).
The sweet cookie browns at the edges but remains a bit gooey-like in the center, giving way to cinnamon-spiked berries soaked in mascarpone and lightly sweetened with pure maple syrup. It's hard to eat just one bite. You will have dough left over but that really shouldn't be a problem.This leads me to wonder, what other cookies could you use to make a berry pot pie with?
Currently listening to: Goodbye by Who is Fancy
Snickerdoodle Berry Potpie
Makes 1 9-inch pie
1½ cup sugar
1 stick softened butter
¼ cup canola oil
2 large eggs at room temperature
2¾ cups flour
2 tsp. cream of tartar
1 tsp. baking soda
¼ tsp. kosher salt
1 tsp. cinnamon
¼ tsp. ginger
⅛ tsp. nutmeg
⅛ tsp. ground cloves
⅛ tsp. ground cardamom
1 cup mascarpone cheese
¼ cup maple syrup
2 Tbsp. vanilla extract
1½ lbs. mixed blueberries and raspberries, rinsed and thoroughly dried
In a large mixing bowl, cream together the sugar and butter with an electric mixer on high speed until fluffy, about 5 minutes. Add the canola oil and the eggs one at a time, beating after each addition to incorporate.
Use a spatula to fold in the flour, cream of tartar, baking soda, salt, cinnamon, ginger, nutmeg, cloves and cardamom until just combined. Mold the dough into a disc and wrap in plastic wrap. Refrigerate at least 2 hours and up to 2 days.
Preheat the oven to 375 degrees.
In another large mixing bowl, whisk the mascarpone, maple syrup and the vanilla extract together until combined. Fold the berries into the mixture and pour into a 9-inch pie pan. Set aside.
Roll the dough out onto parchment paper into a 9-inch round about ½-inch thick. Lift the parchment paper and flip the dough over onto the pie pan and peel away the parchment. Tuck the edges of the dough into the pie pan and trim any excess.
Bake 20 to 25 minutes until the edges are nicely browned.
Let cool and serve warm, preferably communally around a table.
Labels: berries blueberries cinnamon maple syrup pie pot pie raspberries Snickerdoodle