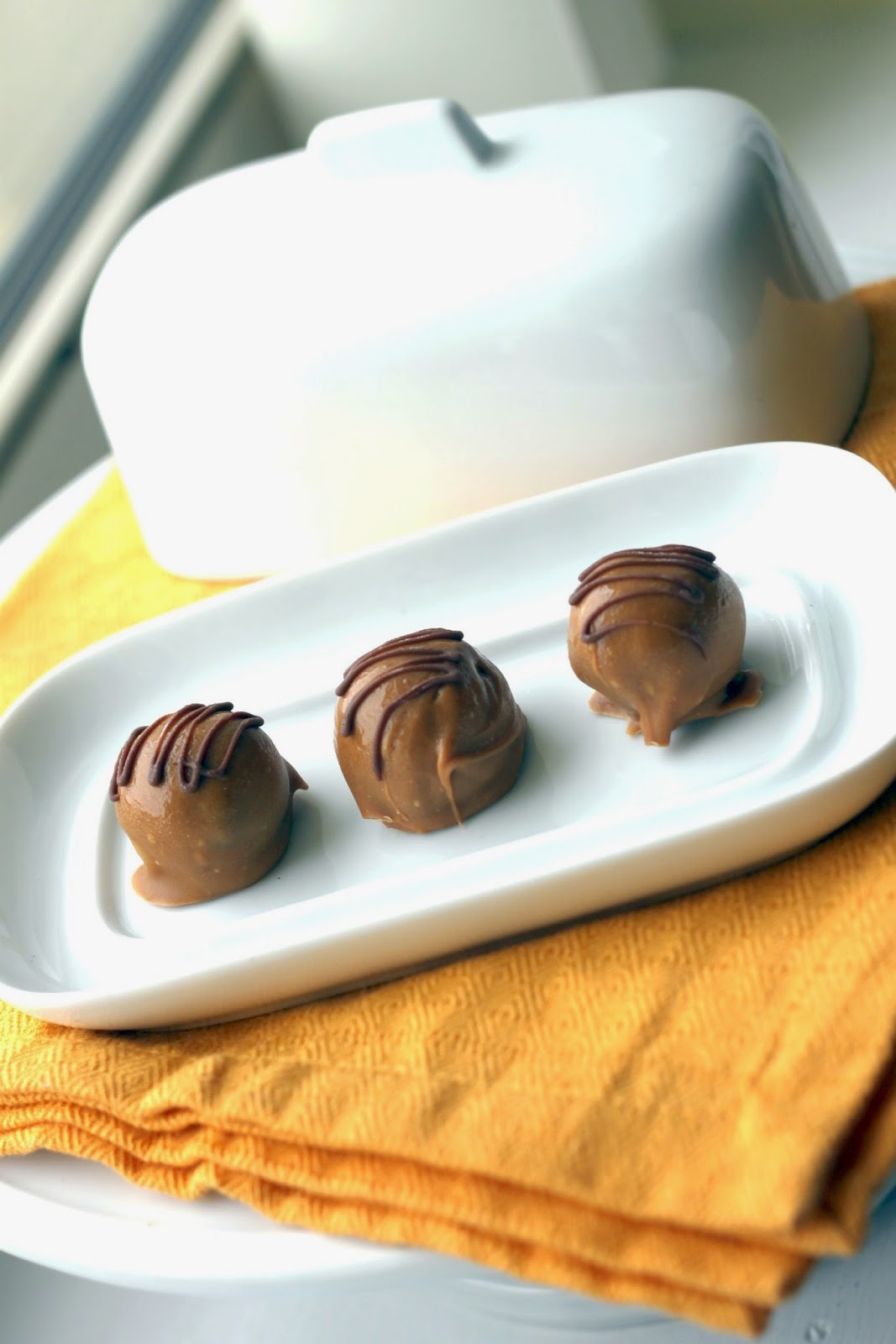 It's snowing in St Louis! Just the day before, I went running around with my dog, Mila, in 50 degree weather at Forest Park... So I was pretty surprised to wake up this morning to a snowy parking lot and I think Mila was too. It took her about 5 seconds to process before she spazzed out and jumped all over the snow, burying her face into it (she's been randomly coughing ever since). What a hilarious dog.
I'm also still waiting for the photos of my dessert table at New Year's Eve from one HLi, who has yet to send them to me.To be fair, we were both sick all week, but then he did leave his camera at his girl's place 40 minutes away. So until then, this will have to suffice.
Edit: Here is a photo from NYE!


We had a pretty fun New Year's Eve party in my friend's basement with about 15 of our closest friends. Since we were going on a theme of easy-to-eat finger foods, I opted for brownie truffles and red velvet cake pops. I also made a simple chocolate chip cookie dough dip with lots of assorted cookies to dip, and some brownie snowflake cookies that I really sincerely wish I had photographed.

Now, I’ve heard lots of bad things about candy melts and I’m certainly not a fan of the ingredients, but I couldn’t find any alternatives (suggestions would be greatly appreciated). Though they’re slightly sweet, candy melts simply have the best consistency for coating. I opted for the peanut butter variety in the hopes that the flavor would cut some of the sweetness. Next time, I may sprinkle some sea salt on top of the truffles or maybe even on the brownie bites. 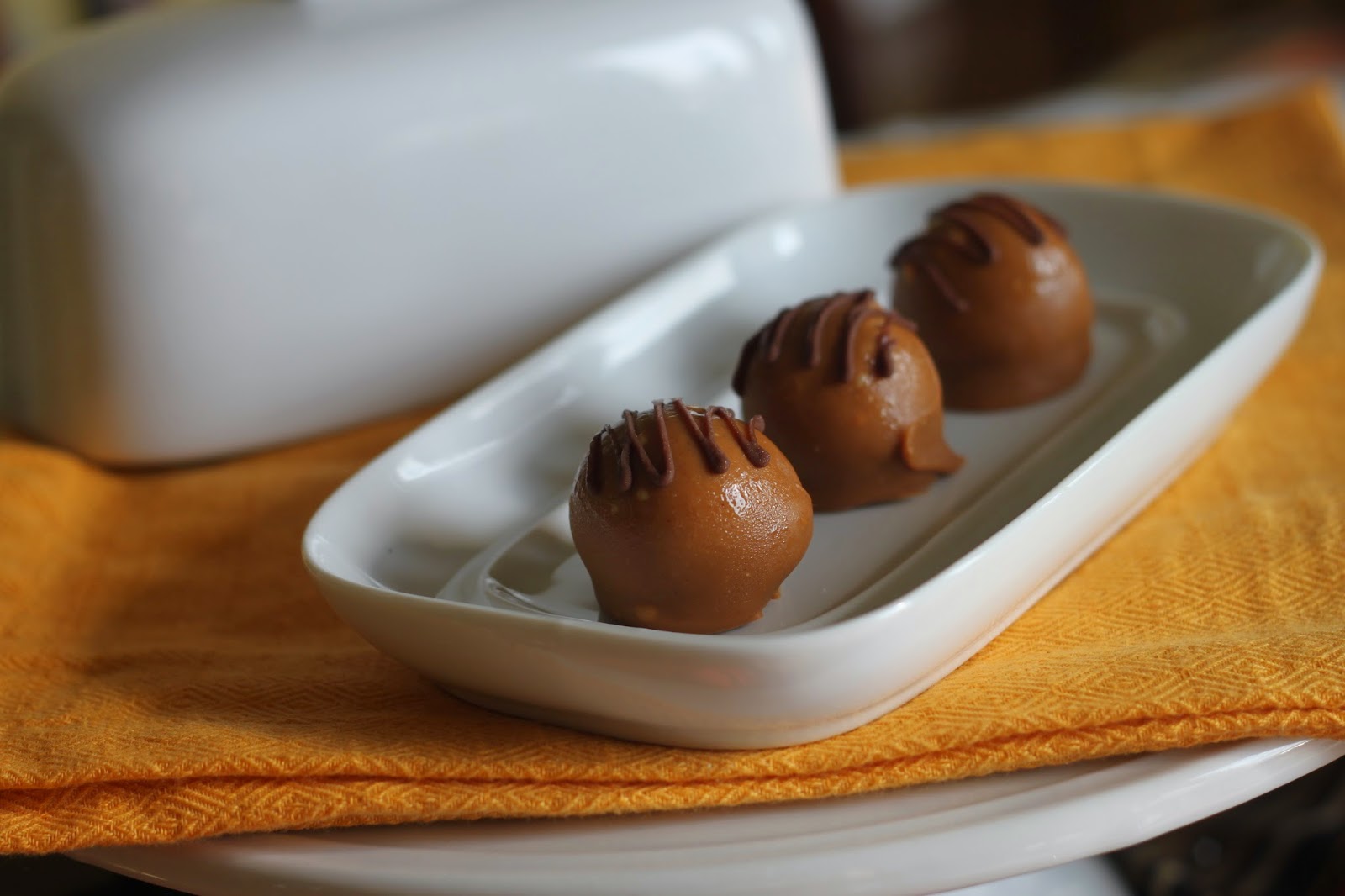 For the red velvet cake pops, I made a pretty standard red velvet cake recipe (still haven't found the one), mixed in my classic cream cheese frosting, and covered them in dark cocoa mint candy melts. These were pretty much my favorite. Definitely just right, although I was sloppy in my dipping; after I finished I learned how you're supposed to coat the bottom of the stick as well, or else it just looks bad, which mine did. I also wish there was a way to make a less thick coat of candy melts, but so far, I haven't figured out a way. Just give me time...

I used my simple brownie recipe and mixed it with a divine chocolate buttermilk frosting. The combination was surprisingly delicious and used up my last bit of buttermilk, so yay for no wastage! The brownies were perfectly fudgy and the peanut butter coating was thick with a nice bite. Although I had kept these in the freezer until they were ready, they managed to stay out all night just fine as well, with the melts never getting too soft or mushy or sticking to your fingers.


The brownie truffles are a very simple yet classy dessert and great to share with friends in the new year. Here’s to a sweet 2012!

Preheat the oven to 350 degrees.
Prepare an 8-inch pan with parchment paper or cooking spray.
Place the chocolate and 1 stick of softened butter in a heat proof bowl set over a pan of simmering water.
Stir occasionally until the ingredients are uniformly melted. Remove the bowl from heat.
Whisk in the sugar and the salt until smooth.
Whisk in the eggs until smooth.
Whisk in the flour and ¼ cup of cocoa; try not to over mix.
Pour the batter into the pan. Bake for about 35 to 40 minutes.
Meanwhile, make the frosting.
In a saucepan, bring ½ stick of unsoftened butter, 3 tablespoons of cocoa and the buttermilk to a boil.
Remove from heat and add the powdered sugar and vanilla. Beat until smooth.
When a tester inserted into the center of the brownies comes out with some crumbs attached but no wet batter, transfer the brownies to a large bowl and use your hands to crumble them.
Add in ¾ cup of the frosting and stir to combine. (Add more or less frosting to reach desired sweetness.)
Roll the brownies into balls, about 1½ inches in diameter, using a tablespoon if needed. Store in the freezer until frozen.
Melt the peanut butter candy melts in the microwave at 30 second intervals (stirring each time) until completely melted.
Place a brownie ball on a fork and dip into the melted candy until fully covered. Place on a parchment sheet to dry. (See note below)
Store in the freezer or the fridge until the day of serving.

Note: The candy melts dry almost instantly on the brownie, so if you want to add sprinkles or candies, do so immediately after dipping. You can also melt some chocolate and pour it into a pastry or Ziploc bag. Snip off a corner and drizzle over the tops of each truffle.
Labels: brownies buttermilk cream cheese frosting peanut butter red velvet truffle