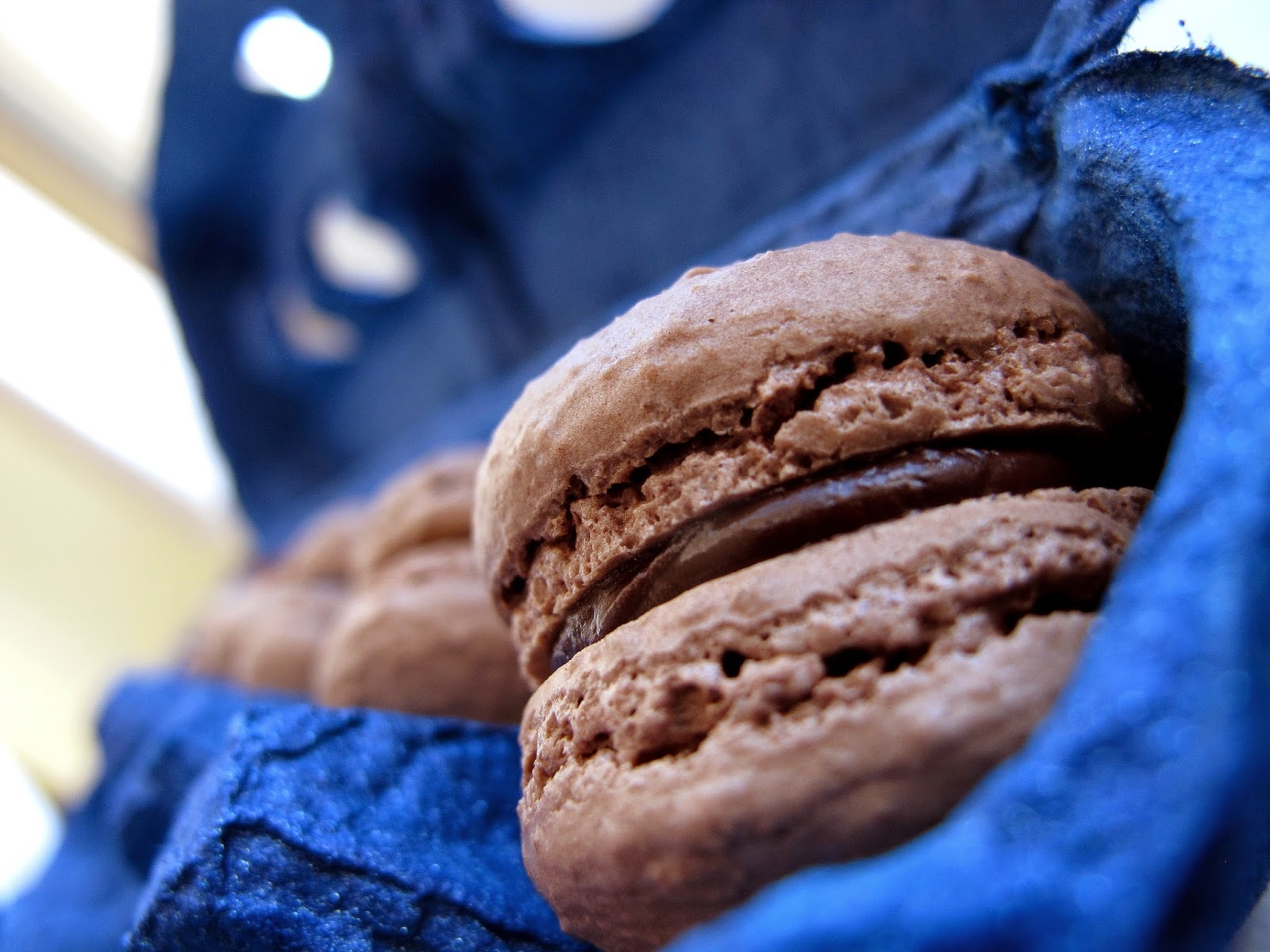 For this month's MacTweet Mac Attack challenge, they asked for a savory sweet macaron. I had been intrigued by the combination of bacon and chocolate for a while, and was originally going for a cupcake. But I took this as an opportunity to try it in a macaron... I've never been a huge fan of bacon (I prefer sausage with my breakfast) but I do like a salty sweet combo.

I made these twice. The first time, I put a little piece of bacon in the filling, and you could barely taste it. My mother couldn't guess the flavor, she guessed it was orange peel or Grand Marnier!
So the second time, I took the advice of an excellent fellow baker, and put pepper on the bacon first, and also put little bits of it in the shells before baking. This time the flavor came through! It was very interesting. The chocolate is far more pronounced, but you could really taste the pepper right at the end, leaving a hot kick in your mouth. 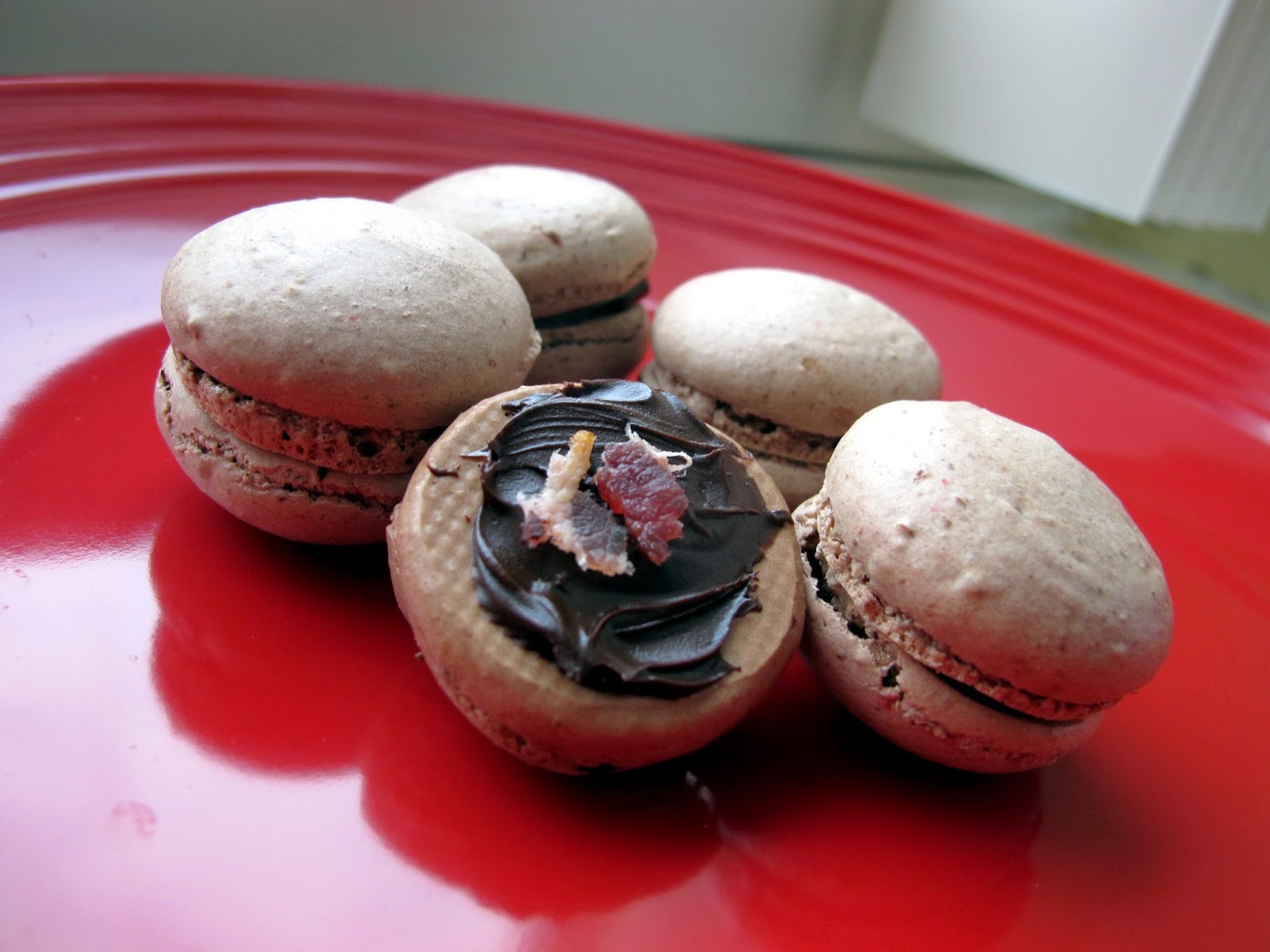 I was actually afraid to taste these after they were ready... but I'm glad I did. I don't know how many of these I could eat, but they really weren't as bad or crazy as I was expecting! If you're interested in new and exciting flavors, this would be one of them.

Beat the egg whites with the 5 tbs of sugar until they're glossy and don't budge (hold it over your head and they shouldn't move). Then fold in the rest of the ingredients until just incorporated. Pour into a piping bag with a round tip and pipe them out on parchment paper or a silpat mat.

Fry some bacon and sprinkle some ground black pepper on it. Put little bits of the bacon on the shells before baking.

Bake at 280 degrees for 15 minutes. Let cool before attempting to remove them from the sheets.

Filling:
I took the easy route and used my dark chocolate spread that I had on hand. Then I put small pieces of bacon in the middle of each filling and pressed the shells together.