A Midwest Vacation with Effects 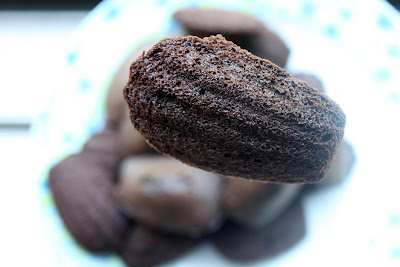 On my recent trip to St. Louis, for some reason I thought Joe only had one exam. Turns out he had three spread over the week. It was a blessing in disguise though, because I hardly ever cook and tend to stick to desserts. But since he and his roommate were too busy studying, and his roommate's girlfriend was also sick, I forced myself to get used to making actual meals. I made breakfast, lunch and dinner, and still found time for desserts!


I even made potatoes au gratin one time, and it turned out pretty great. Although, how can you go wrong with cheesy creamy heavy potatoes?! Then Joe requested meatloaf one of the nights since he'd never tried it. I was a bit worried, since I felt like making meatloaf is so... midwestern housewife, not that that's a bad thing for some people. I have a guy friend who would love to be a stay-at-home dad and cook all his wife's meals (sorry, ladies, he's taken).

So I tried meatloaf, in the form of balls so that we could eat them with salad, and it was successful! I'll have to make it for my family at home sometime and take better pictures. Everyone ate them way too fast and I never got a decent photo. But I'll take that as a compliment. 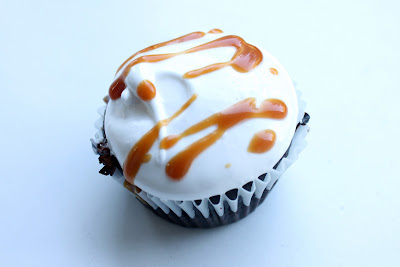 I missed my piping kit... I had to put all my frosting on with a spatula, although I'm becoming an expert at putting it on more smoothly, Sprinkles bakery style! I made caramel sauce from scratch and then decided to try a marshmallowy frosting just to see how it'd turn out. I made an extra dark chocolate cupcake to pair with it, that unfortunately burned in the oven and made it seem more bitter. But the frosting was great!

I also made my favorite cream cheese frosting twice on the trip, and taught Joe how to make it himself. It was everyone's favorite. I paired it with my usual lemon sponge cake with fruit filling and the cream cheese frosting. And coconut flakes on top for the coco-nuts in the house. Then we made crepes and used the rest of the frosting as filling for that! (Post on that later)

I mainly spent my time playing with food and photography on my trip. I also spent time with my friend Hao, who makes delicious foods from scratch, and is always giving me great subjects for my food photography practice :)

Joe was sweet enough to trade cameras with me on this trip, so I have his fabulous DSLR that I'm trying to make the most of for the month! 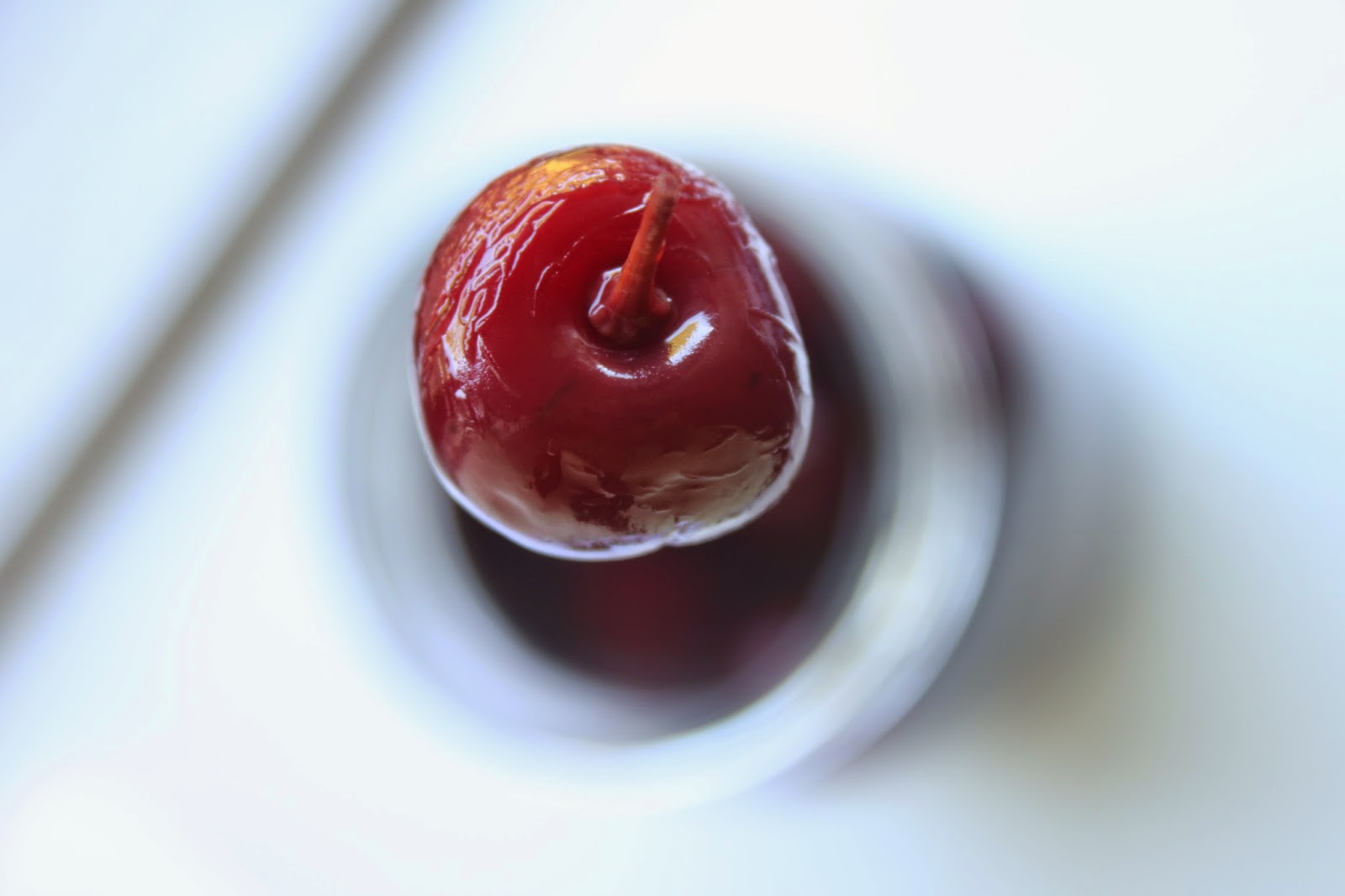 One of the fun effects I like is using a toothpick to make an object "float" in front of others. Like with Aba's cherries! And with my madeleines. Oh yea, I made tons of madeleines on this trip. Mainly orange ones, with a drop of orange extract. I even made chocolate orange ones but everyone still preferred the regular orange madeleines. For the simple orange madeleines, I used this recipe but replaced the lavender extract with orange. For the chocolate ones, I used this one.

I will post more later about the chocolate caramel tart that was a happy mistake, and crepes!