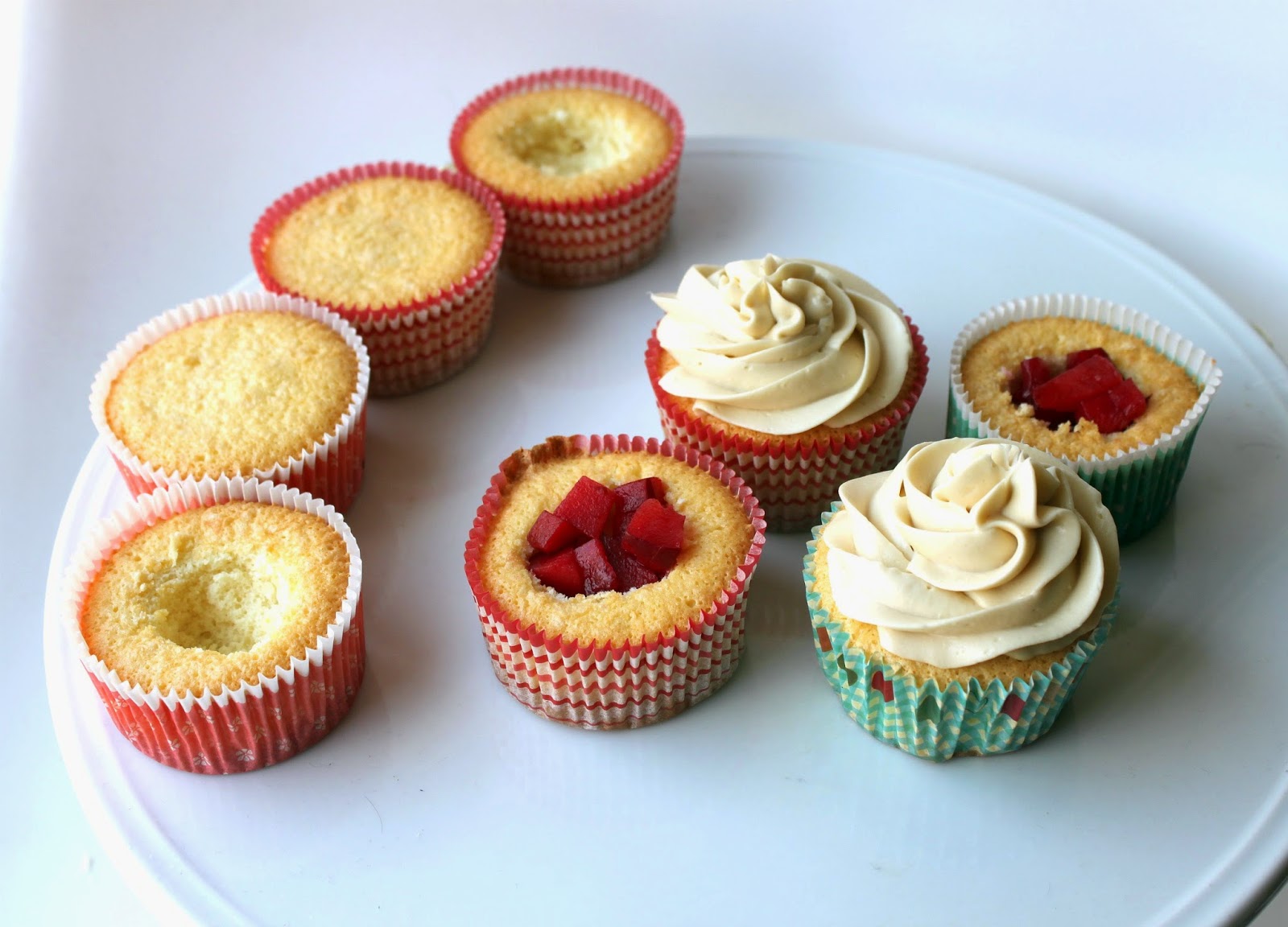 Look no further, I have found the perfect summer cupcake. It's a little late but it's here! The second I bit into this, I knew it was trouble. I immediately didn't want to share. I wanted to sneak them all away in my room and inhale them in one go.
But I decided to be nice. I wasn't going to post for a while but I do want everyone to share in my love for this! 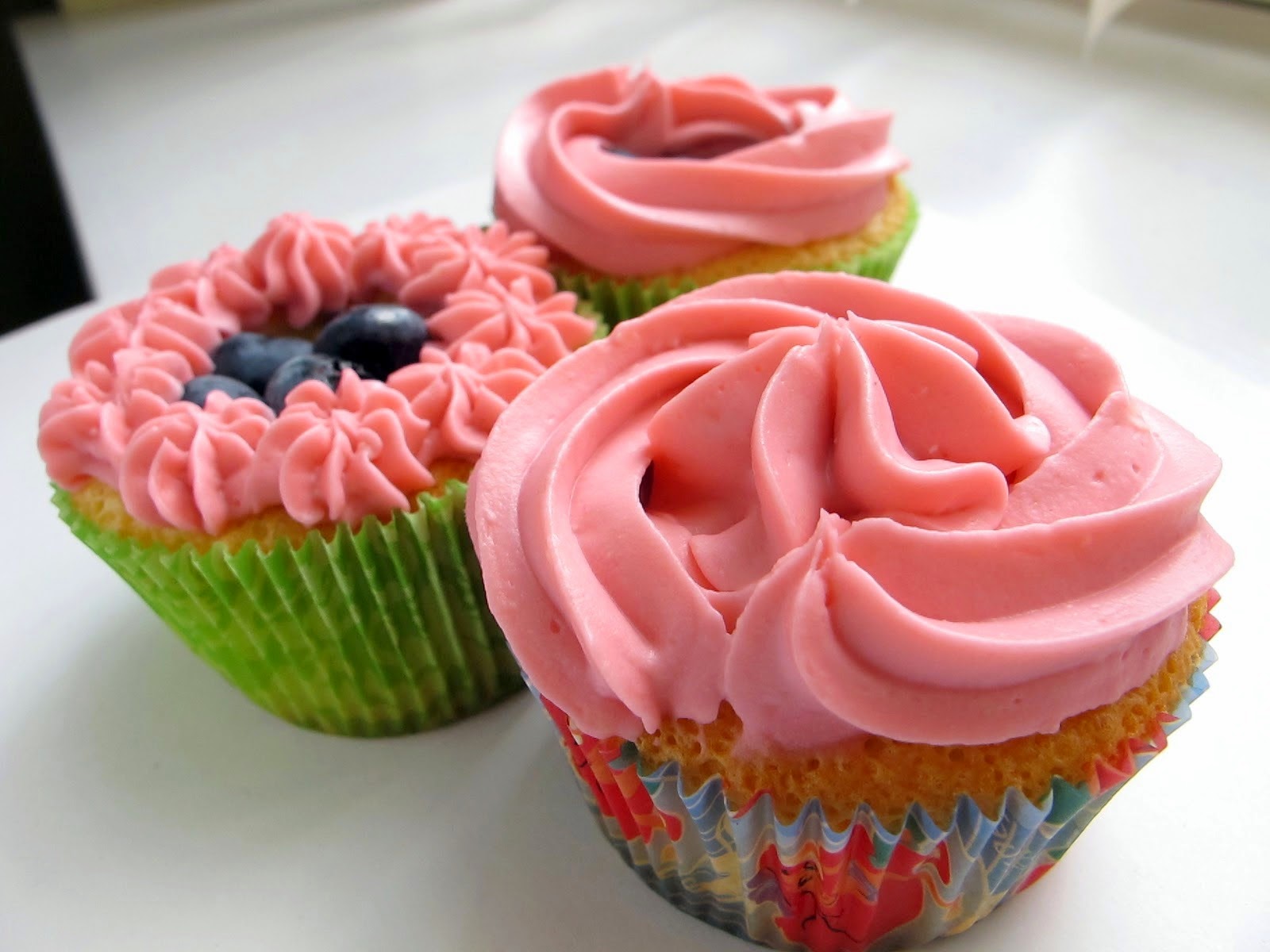 I've always loved strawberry lemonade. Ever since I was a kid in Atlanta and we'd go to Macaroni Grill. It was always so good! It's also at The Cheesecake Factory, and they even put sugar on the rim. It's sweet and delicious with a tangy twist. I had been wanting to make a dessert version of this for a while but briefly forgot about it. 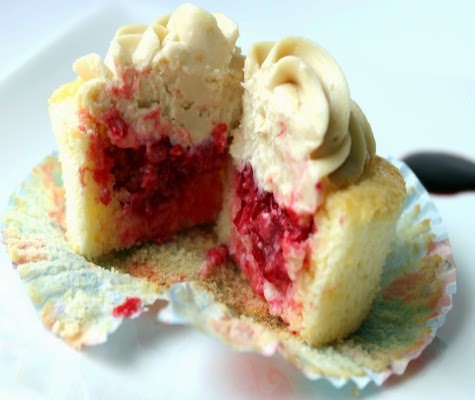 And then! My dear friend Aba from St. Louis sent me a jar of homemade lemon-strawberry jam! It was its destiny to someday smear the inside of a cupcake... and-end-up-in-someone's-tummy-combined-with-a-lemon-sponge-cake-and-some-pink-frosting :) 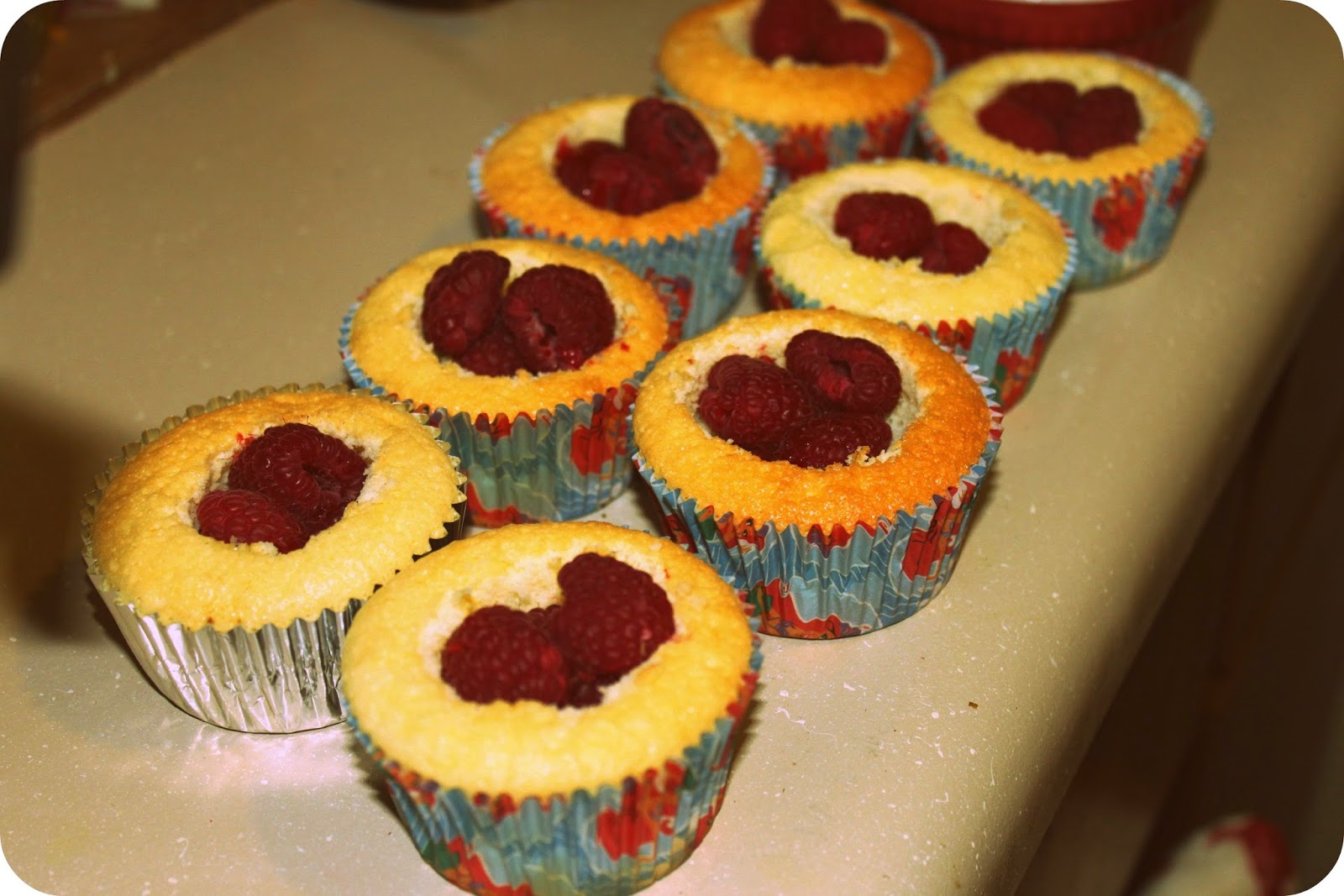 This turned out much tastier than I expected. At first I thought it would be rather tart, and it was slightly, but definitely in a good way. My family loved it, as did Joe's family. His cousin gobbled it down in maybe 10 seconds flat. I used the popular cream cheese frosting that I put on carrot cake and that was a big hit.
Since I only made a small batch the first time, and not enough of my friends got to try it, I made a second batch the next day. I realized that we have a huge container of fresh blueberries and strawberries in our fridge that may go bad pretty soon. So I made the lemon sponge cake, and when it cooled, I cut a hole in the middle and filled it with chopped strawberries and blueberries! Then topped with frosting. The results were divine. I really don't know which one I like more. The ones with jam are definitely more strawberry lemonade flavored, whereas these are more just strawberry-lemon cakes, or blueberry-lemon cakes.
So here's the recipe. I strongly encourage everyone to drop what they're doing and bake these little cuties, before summer ends! Hurry! 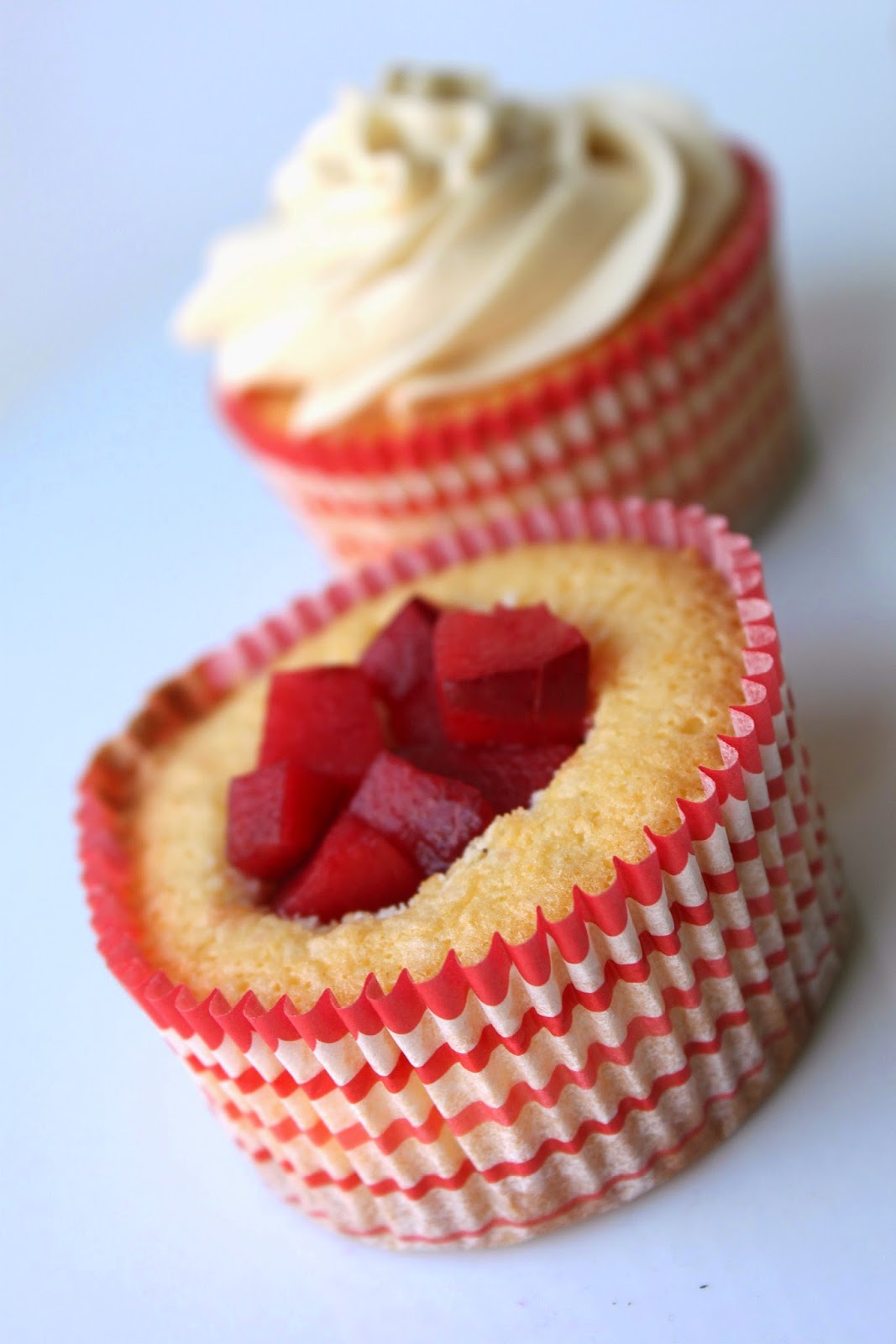 Whip the cream separately till stiff peaks. Then whip the cream cheese, sugar, and extract together (with any food colorings) and fold in the cream last. Enjoy!