I don't know why this is called monkey bread; maybe it should be monkey brains instead since I'm guessing that's what it resembles... (this reminds me of how in a Simpsons episode they joke that Indians eat monkey brains, so I guess I should know, har har) 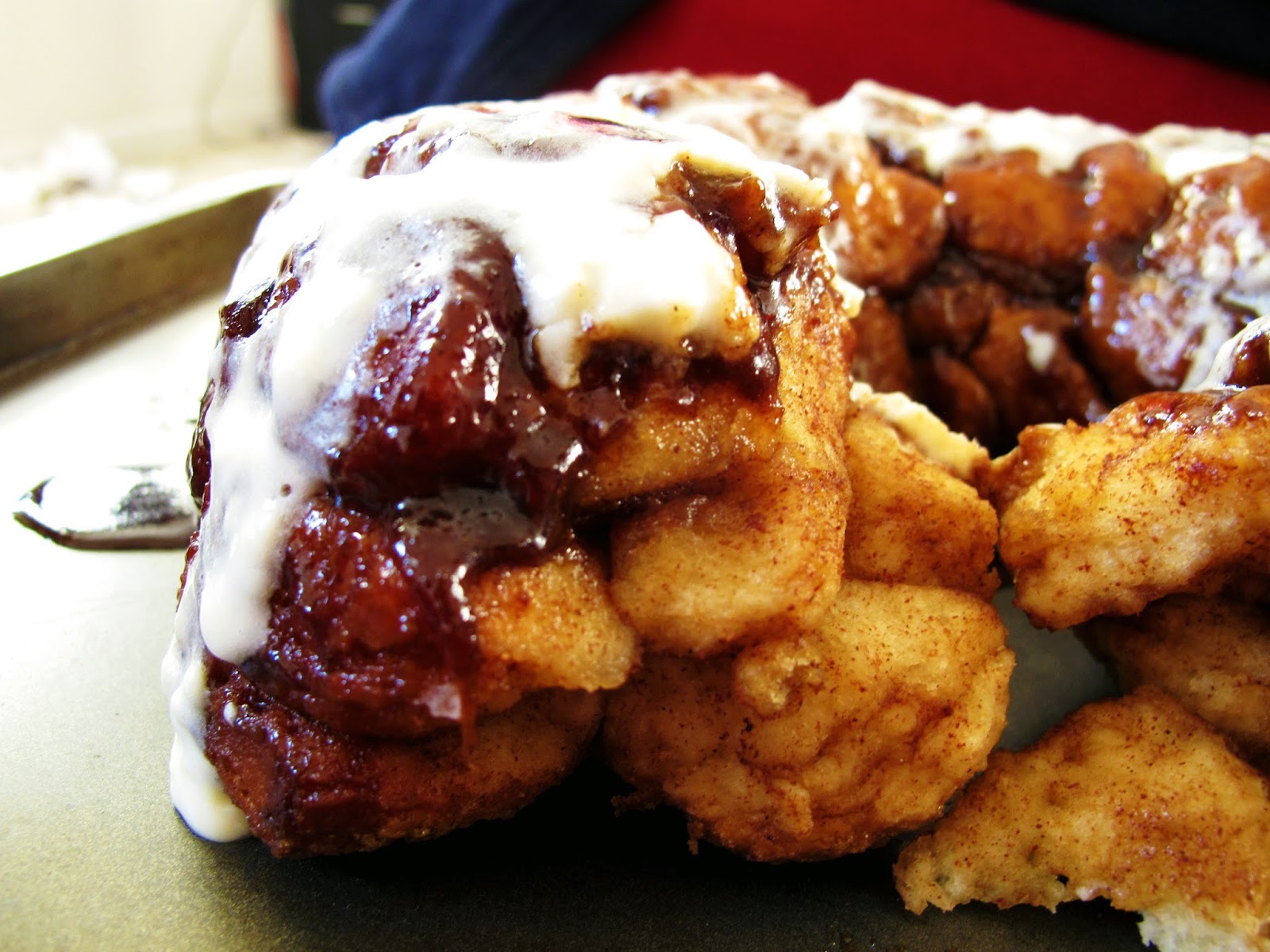 Anyway, I was intrigued with this recipe because, first of all, it sounds DELICIOUS. I mean, cinnamon brown sugar bites with a cream cheese glaze? YEA! Also, I saw a photo of it being made in a Bundt pan and thought it looked gorgeous. I knew I didn't have any reason to buy a Bundt pan except to make this in the same way. Incidentally, the day I happened to make it was at a friend's place in St. Louis and she just HAPPENED to have recently purchased a Bundt pan, score!

I made this in St. Louis the night before Joe's neurology exam. He and his classmates studied all night while Jess and I made this, shortly after our fruity pebbles adventure! We were excellent partners in the kitchen. Also, this isn't exactly the *ahem* healthiest dessert... It's much better when it's shared between a group of people. I personally think food in general tastes better when it's shared and everyone can enjoy :)


This is fairly easy to make but the process is a bit long. It takes a long time to let the bread rise and whatnot. I guess I could have used biscuit dough but for some reason that never occurred to me... I always think I have to do every part from scratch, hm.

Also I had to roll the bread out and then cut them into small squares.


And then had to dip each piece in butter and roll in brown sugar/cinnamon. I really had to get over my fear of butter with this recipe.


I did like that with the final result, you can just pull at the bread with your fingers and it's already pre-cut...


It was devoured fairly quickly. Everyone took a study break and we spent about 5 minutes in silence picking at it and smearing as much cream cheese as we could on our piece. I found it a bit sweet but the glaze really helped curb that. 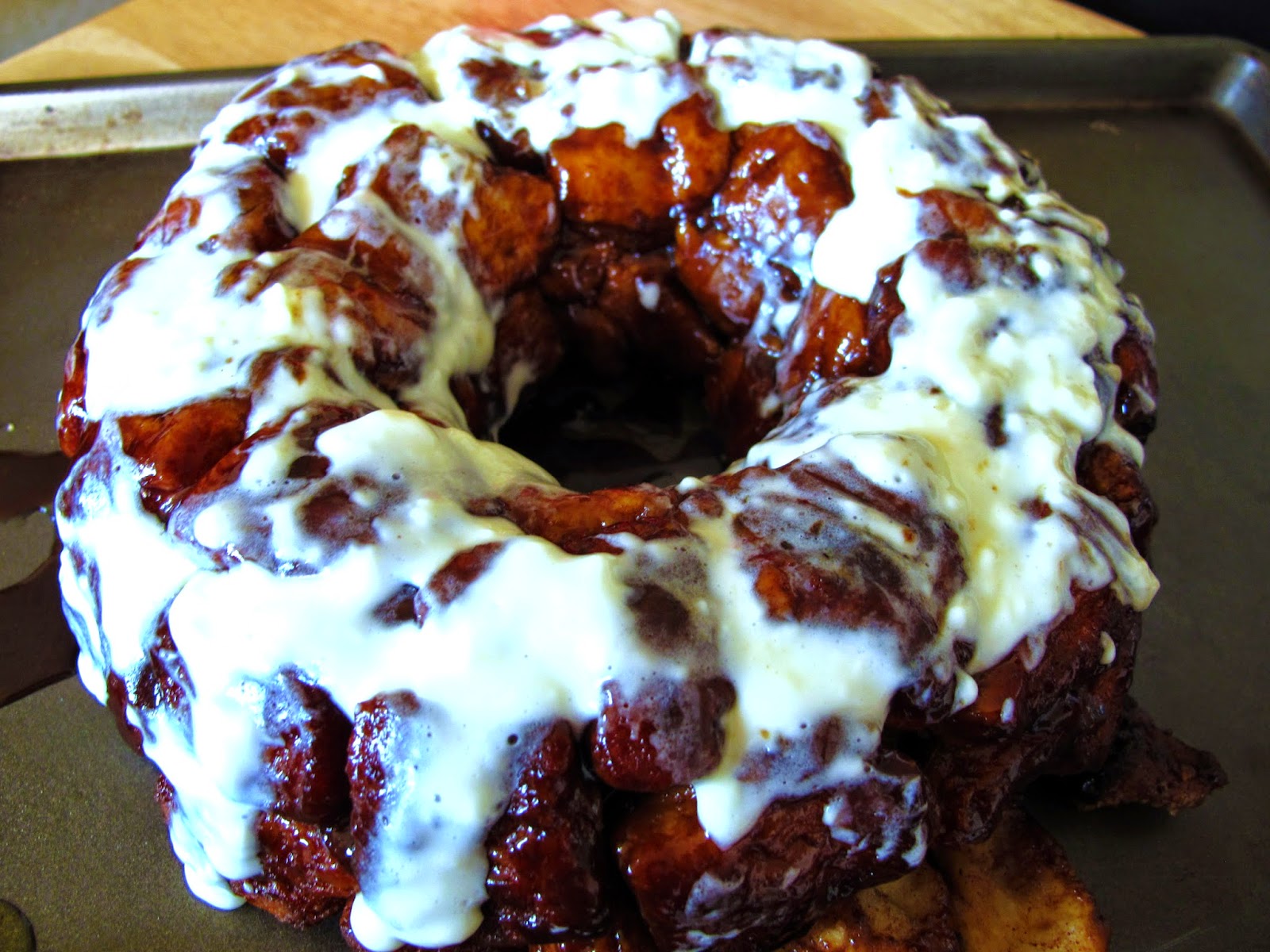 PS. Does anyone have issues reading this blog due to the changed layout? I've had two complaints on the font being too light but that's about it. Should I change it again?
Labels: brown sugar butter chocolate cream cheese glaze cinnamon monkey bread